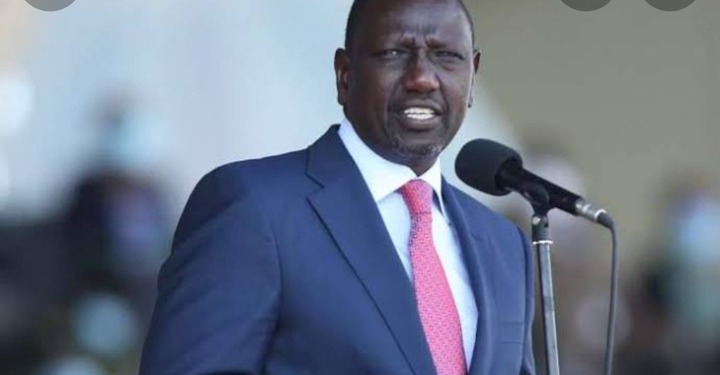 Former President of the law society of Kenya Ahmednassir Abdullahi today took to twitter to show His disappointment on the way Dp William Ruto's campaign team is executing their campaign strategies, urging that some of the funds and resources are being wasted without proper consultation on the ground.

Earlier, Ruto communicated through His social media handles saying that He is very grateful for the people of the Samburu Trading Center in Kwale County for coming in large numbers in His Rally today, and their immense support for the Kenya Kwanza team, now that they have been voting for other factions.

He also posted photos from the ground that showed the huge group, Which extended from one corner of the field to the other, even covering people's Houses which were sitting on the same location.

Seeing the post, Abdullahi who has been considered as one of the most loyal and trusted Kenya Kwanza allies commented saying that Ruto and His faction leaders have decided to take a very bad move and strategy lately in their Campaigns, and their plans have to be revised once again. 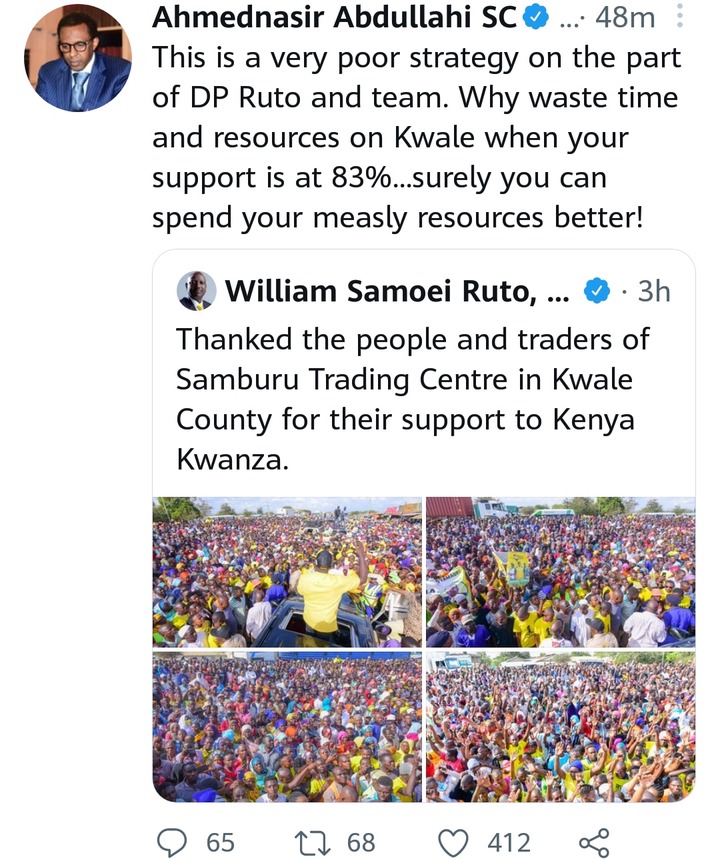 He also said that Ruto is wasting His huge amount of resources to move around and campaign in Kwale County on several occasions, despite the fact that His support in the County is considered to be at around 83%, above the normal which should be 50% due to the competitor.

He asked them to be careful and spend their resources better in all the ways, which include traveling to other counties to seek votes, where He has not been considered as their top Kingpin for years, since Raila might easily defeat Him in those regions without fail.

Following His response, Kenyans who flocked the Comment section were of the opinion that the Lawyer has been throwing jabs at the Dp for the last few weeks, and that may demonstrate that He is being used by competitors to cause problems and also Gauge Ruto's response to His quest, hence using the same thing to work against Him.

The UDA Party led by Ruto have been camping in the coast County for close to one year, since they plan to unseat Raila, who has been taking the region by the waves for long. Ruto's attempts to do so has also been seen by His plans to take allies from the region, throughout this year.