By Dixxens (self media writer) | 6 months ago

In the recent past, the deputy president of the country have undergone some hostility from some of his party members within Jubilee.

It hasn't been a walk in the park for the second in command, as wrangles have been haunting him together with his foot soldiers aligned to him. As it's in the public domain, his differences with the Jubilee's Secretary general reached to a point of him de-thrown from the deputy party leader's position and thus sidelined, whenever any decision was to be chalked out in the party. 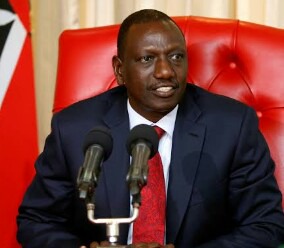 With the deputy president linking him self with UDA, Jubilee party has come clean to the public and call it an end with the Deputy president's favorites party. They terminated all political agreements they had made before and now seized being a sister party to Jubilee.

With the unravels, the deputy president's seat is at a jeopardy, for it was officially illegal as per the Jubilee's party structures, him continue aligning himself with UDA as he did before before.

This move has been seen as a strategic move aimed at the second in command, for him to step down or be impeached as stated in the constitution.

Content created and supplied by: Dixxens (via Opera News )

VIDEO: Ruto Brings Lamu to a Standstill as He Holds Rally at Tiger Grounds in the Company of 15 MPs