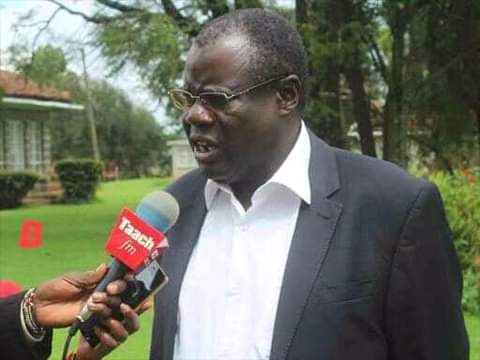 Towards the end of President Daniel Arap Moi's tenure, Julius Sunkuli was one of the most powerful and influential figures in the KANU Government. But today, he is considering his future in politics after almost two decades in the cold.

Having been elected as Kilgoris MP during the 1997 general election, Sunkuli went on to make a name for himself in Nassau land politics.

He would immediately win the trust of the President and it was not surprising when he was appointed as Internal Security minister.

However, unknown to Sunkuli, that his political star would be dimmed almost immediately.

The 2002 general election would mark the turning point in his political career. As KANU was swept away from power so was Sunkuli.

He lost the Kilgoris MP seat to Gideon Konchellah and from there, Sunkuli's political life has never been the same again.

His first bid to make a comeback in 2007 backfired as he was once again defeated by Konchellah.

President Mwai Kibaki would later come to his rescue when he was appointed as Kenya's ambassador to China. But he resigned in the run to the 2013 poll in an attempt to try his hand in Narok County Senator race but lost.

In 2017, he was embroiled in a tussle with his brother Charles Sunkuli with the duo declaring their bids for Narok Governor seat. But they both lost.

Frustrated, it was announced that Sunkuli was quitting politics to go back to legal practice. But with the 2022 general election fast approaching, the former Minister is said to be eyeing the Narok Governor seat currently held by Joshua Tunai. Will he be fourth time lucky? Or is his time in politics over? Time will tell.

"Those Statements Were Personal And Not For Jubilee Party," Jubilee Leader Reveals