Speaker Exposes Raila, Reveals This About His Presidential Bid

Raila Odinga has been quoted several times claiming that he has not yet declared his Presidential bid and he will do it at the end of next month. But what has shocked Kenyans is that he is going through the County campaigning and he has already laid out his manifesto and 2022 agenda. What Kenyans known is that the former Prime Minister will be on the ballot. 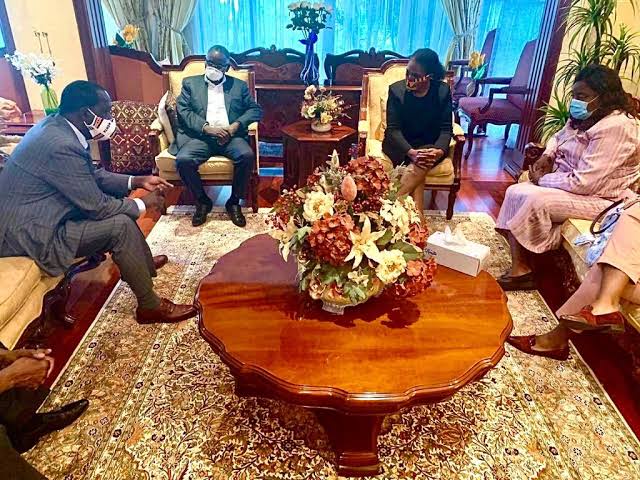 It is also clear that President Uhuru Kenyatta and his allies will support the ODM leader after a bitter fallout with his Deputy. There are even negotiations from the State to have the former NASA coalition unite so that they can have muscles to take against the Second in Command. This is because Ruto has been campaigning since 2013. 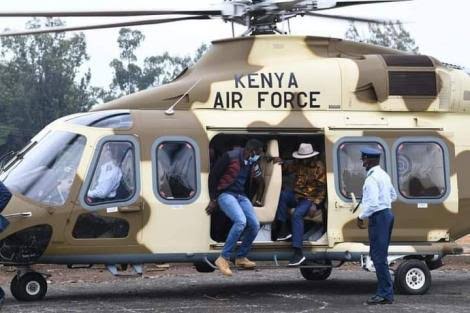 According to the Speaker, the government has been providing Raila Odinga with Campaign money and even security. As we have seen in his campaign rallies the level of security is much higher compared to that of Deputy President William Ruto. He has always received state treatment by riding on Military Choppers. 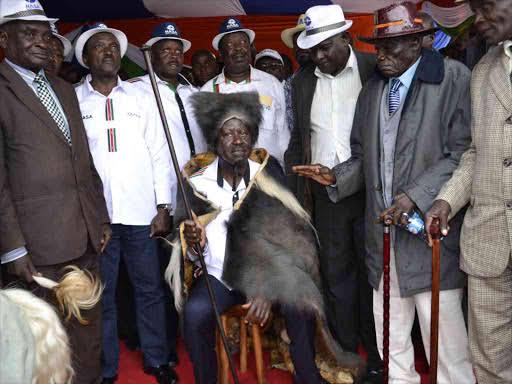 " Raila gets to access government facilities for his campaigns because his motorcade is from the government, he is funded & salaried by the government. . . if he was to campaign in my village, I will get a call from my chief to participate, " John Kaguchia, the Speaker of the Nyeri County Assembly. This statement is expected to elicit mixed reactions. 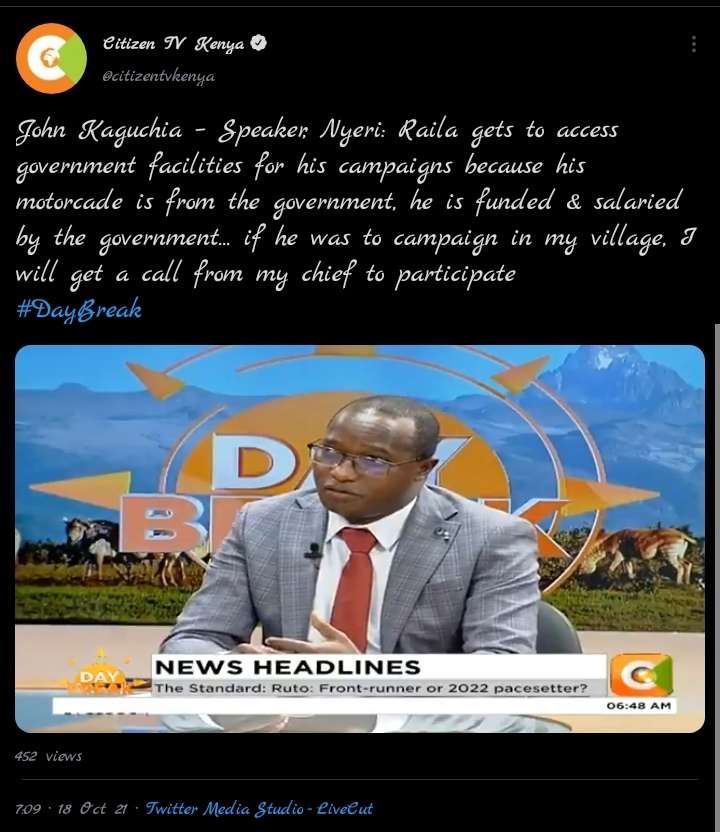 We have seen even the Mountain Kenya Foundation has revealed that most likely to support the former Prime Minister Raila Odinga. This comes at a time where ODM has taken its campaigns to Mt. Kenya East. Today they will start his campaign trail in Meru a county that the Deputy President Enjoys huge support.