Kenyans Angered By A Popular Analyst After Saying This About UDA

By Newsgang (self meida writer) | 15 days

In a tweet, Ngunyi was defending the Health Cabinet Secretary Mutahi Kagwe who was being trolled for allegedly flagging off expired Antiretroviral (ARV) drugs. Kenyans who were disappointed with the ministry of health called for his resignation hence making Ngunyi to respond. 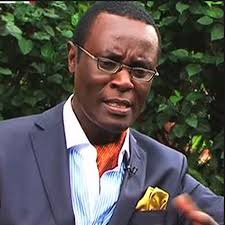 However, Ngunyi took on his twitter account and urged Kenyans to stop attacking the health CS claiming that he is one of the most competent health minister Kenya has ever had after the former president Mwai Kibaki.

"Leave Mutahi Kagwe alone. He is the most competent health minister we have ever had after Kibaki", he said.

In addition the controversial political analyst went ahead stating that Kenyans shouldn't attack Mutahi Kagwe saying that he is different compared to Tanganga team. According to Ngunyi the health CS was better than the Tanganga team who he accused of distributing poisonous food as relief food for Kenyans. 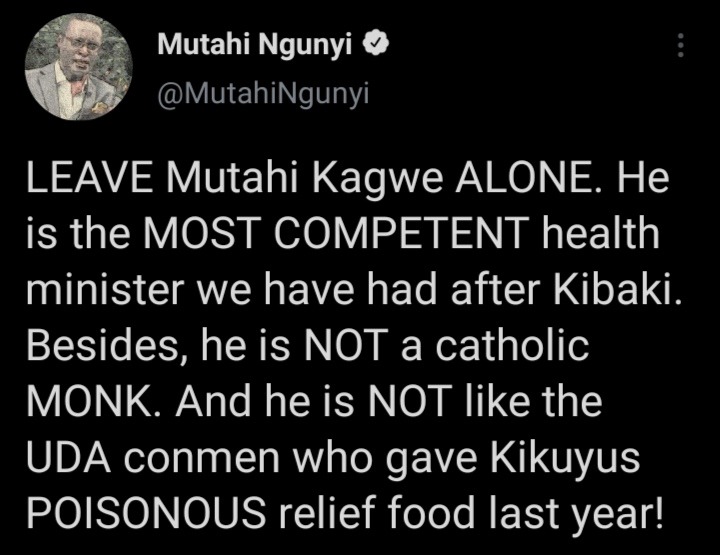 However, Ngunyi's remarks were not well received by Kenyans as a section of social media users were angered with his sentiments with some labeling him as a tribalist.

However, this made Kenyans flood on his comment box expressing their disappointment as some claimed that it was unprofessional for Ngunyi to drag UDA in his arguments.

According to some of the social media users, Ngunyi was acting petty for always involving Tanganga in his arguments hence this reducing him into a desperate blogger by supporting evil committed by the government.

"You eat and drink because of Jubilee's incompetence. That is why you can't see anything with the MOH", commented a sure by the name George Kim.

"Put this bullshit to yourself Professor", commented another user Sammy Monoo.

"This is the only professor who can't construct a sentence here in twitter without mentioning Ruto. Shame on him", posted Gilbert.

"Are out of mind. Must you attach all your arguments to UDA and Ruto", commented another user called Duncan.

Ngunyi's sentiments came following the public uproar directed to the government and the ministry of health over the allegations of receiving ARV's drugs that were phased out years ago due to their adverse side effects on patients. 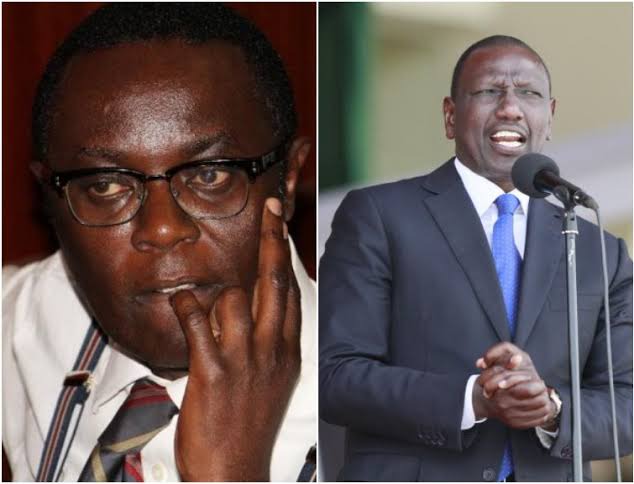 However this is not something new for Ngunyi to involve Tanganga in his arguments. The political analyst has been against the politics style of Deputy President William Ruto and has always been very vocal about it.

Below are some of the comments from Kenyans on twitter. 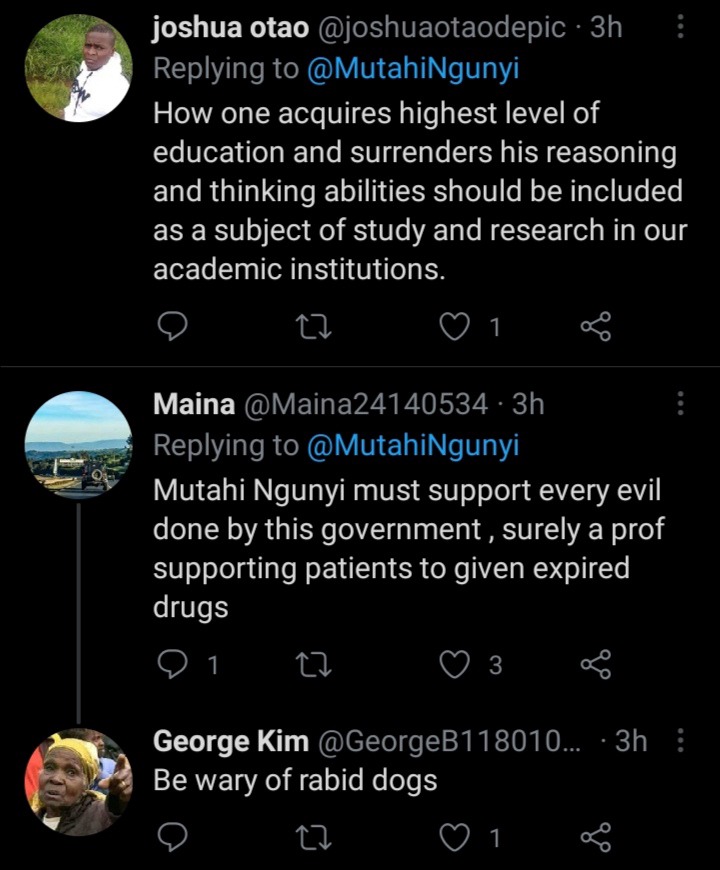 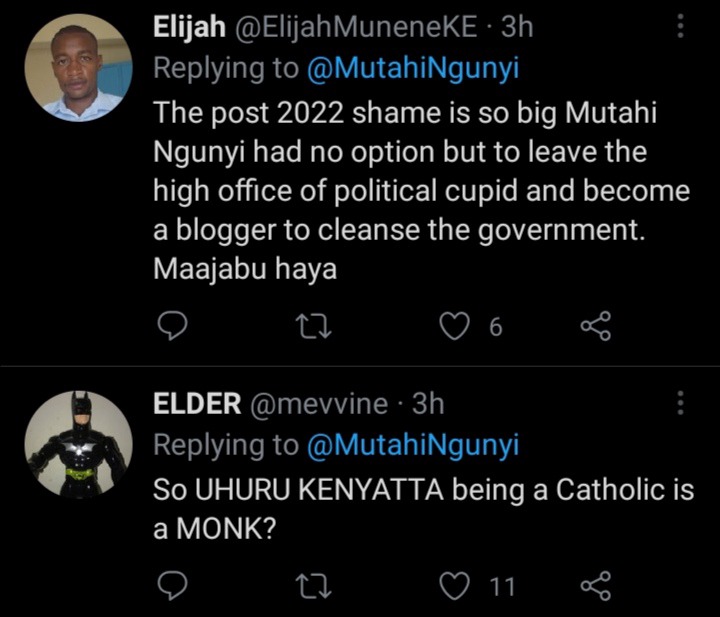 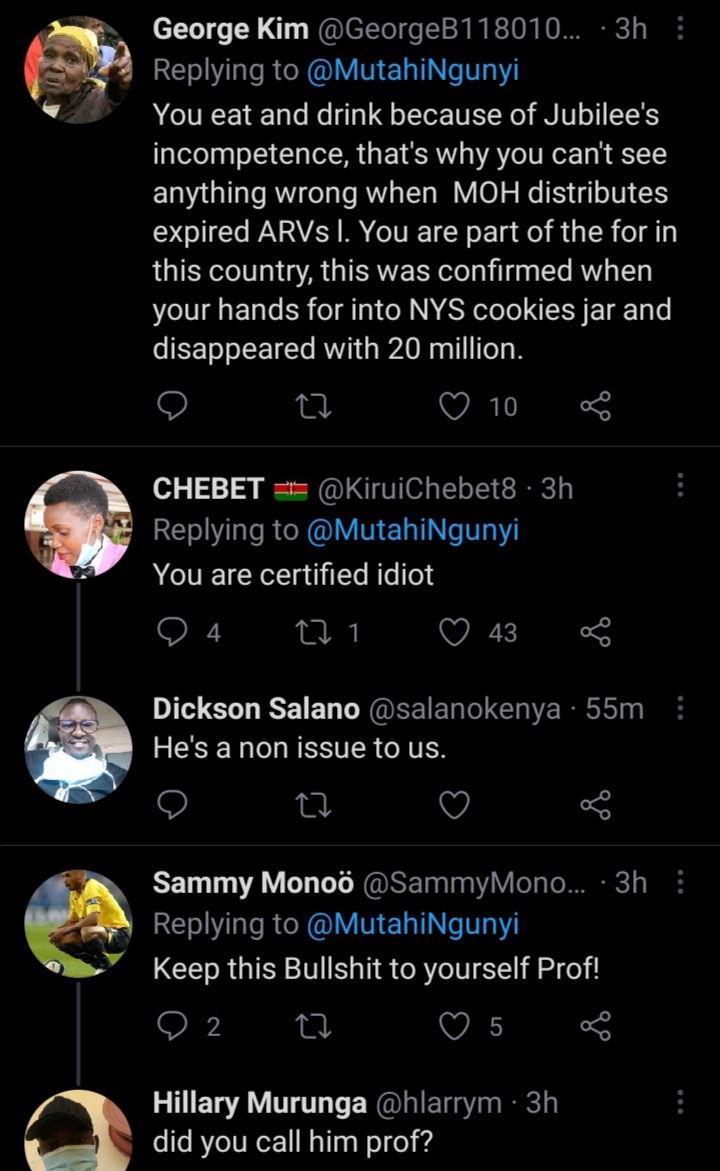 A Sign Of Relieve To Nairobi Residents As Public Toilets Will Be Free Of Charge After NMS Does This.

“It’s My Last Day on BBC,” Larry Madowo Pens a Touching Message as he Leaves BBC

Free Range or Indoor Poultry Farming? Learn the Tricks From the Best

Easy Natural Remedies That Will Make Your Hair Grow Fast And Healthy.

"Shame." Reactions As Photo Of A Classroom Of A School In Kieni Surfaces

A Vocal Mt. Kenya MP Talks On Troubles That Could Be Ahead Of Uhuru After Court's Ruling Against BBI