City Lawyer Dismisses Raila's Presidential Bid, Names Who Can Win The Presidency With an ODM Ticket 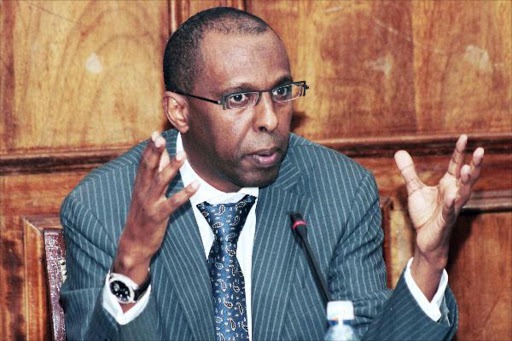 Renowned Lawyer Ahmednasir Abdullahi has poured cold water to Raila Odinga's presidential bid, stating that it is tie for the Orange Democratic Movement party to try someone fresh.

Through his Twitter handle on Monday evening, Ahmed claimed that businessman Jimmy Wanjigi stands as the best person to fly the party's flag in the coming presidential elections, adding that his new ideas and zeal will likely give them a win.

Wanjigi announced that he was on the race to battle his party leader Raila Odinga in securing the party's ticket, insisting that the party must conduct free and fair nominations by inviting all delegates for the exercise.

He has already hit the ground running to popularize his presidential bid, although a number of political leaders supporting Raila's bid have criticized him claiming that he is competing with his leader.

In response, Wanjigi has stood his ground stating that he is best suited to lead the party, and called Raila to support him, on claims that he (Wanjiigi) has the solutions of the modern problems facing Kenyans. 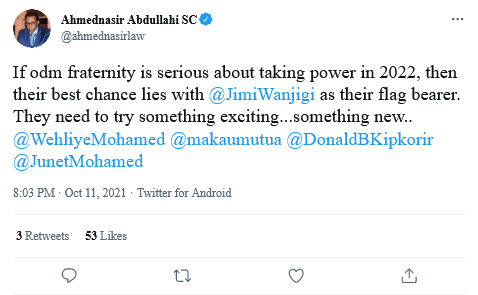