Top Raila Ally Reveals What He's Been Feeling, Explains Why he Might Slap Ruto Soon 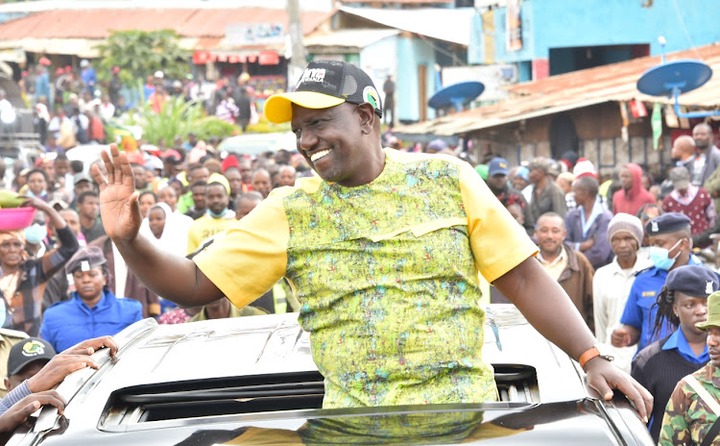 Recently, there emerged an audio of Ruto saying that he almost got physical with Uhuru in State House, which the DP would a day later confirm, saying that he was not going to let the President misbehave.

Mutua now says that he too is having a strong urge to slap the DP, apparently as a result of what the Second in Command wanted to do to Uhuru.

Mutua, a lawyer, says that he is now having to control himself whenever he sees Ruto speaking, lest he descends on him with slaps. 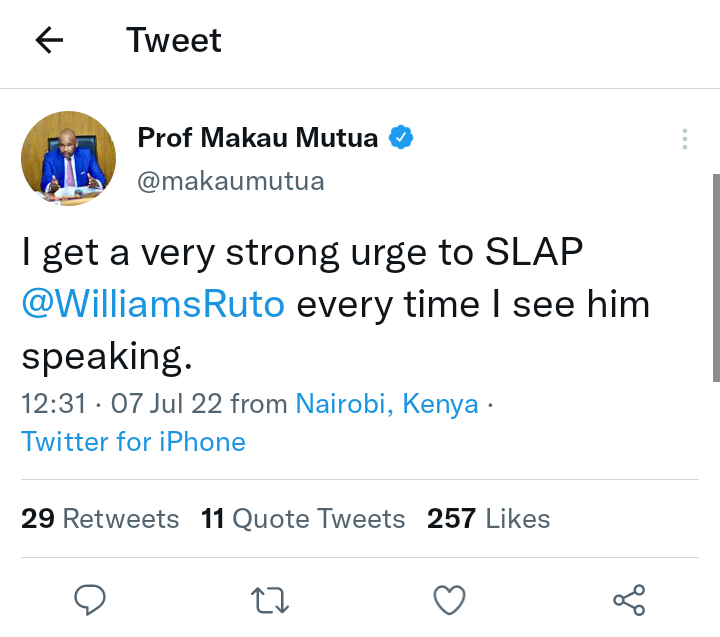 "I get a very strong urge to SLAP William Ruto every time I see him speaking," Mutua, an ally of Azimio presidential candidate Raila Odinga and supporter of President Uhuru Kenyatta, says in a tweet.

Ruto's confession has landed him under criticism from allies of Uhuru and Raila, who now warn that he could do worse to Kenyans if allowed to sit on the throne as the next President of the republic.

But he says that he had invested so much time and effort into Uhuru's campaigns to simply let him throw away his seat after the Supreme Court's annulment of his re-election in the 2017 poll.

His allies have revealed that he also had to force Uhuru to stay on top of their ticket in 2013, when Uhuru, fearing foreign sanctions, planned to hand over his bid to ANC chief Musalia Mudavadi.

Top Leaders Who Have Already Voted at Different Polling Station

Gachagua Dismisses Reports That He Was Identified Manually, Hits Out At Media House