The 2022 general elections in Kenya have attracted over 16,100 contestants in various seats and when it is all over, 14,218 contestants will have lost in various elective seats. 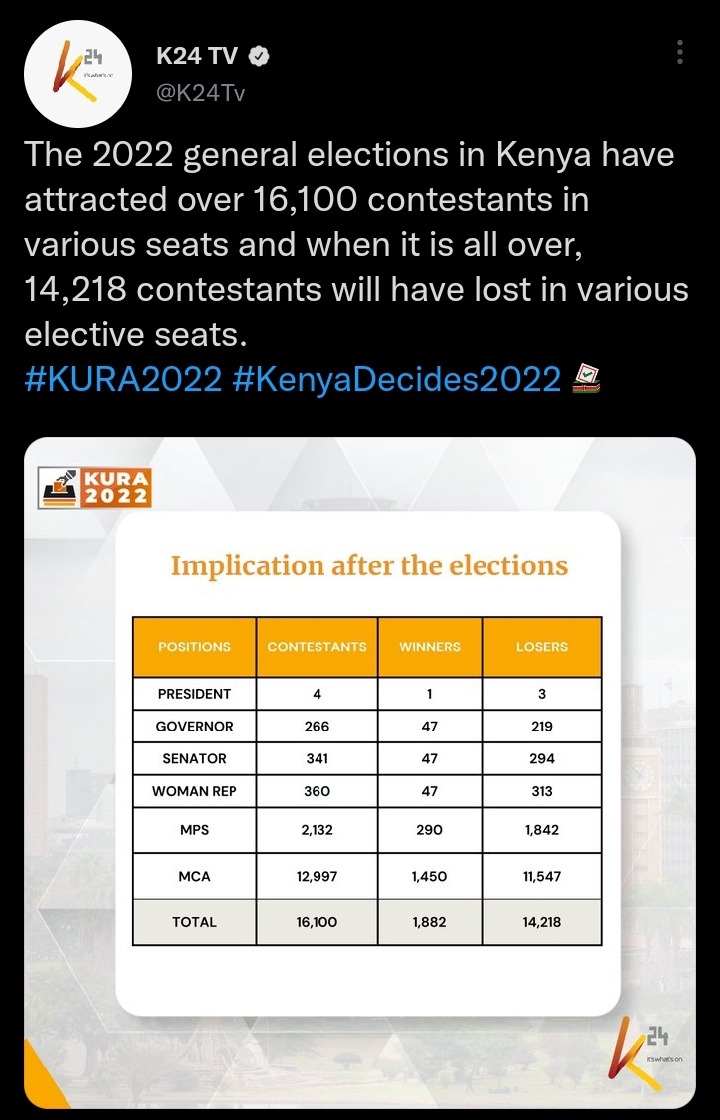 Police shoot in the air to disperse crowds after supporters of Mombasa Governor Hassan Joho and Former Nairobi Governor Mike Sonko engaged in a physical altercation. 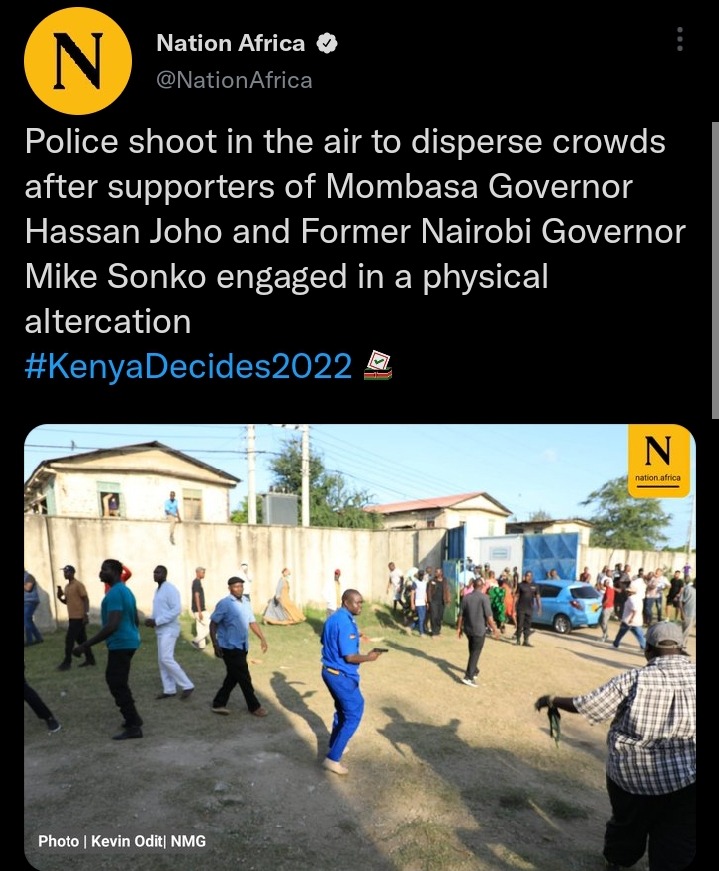 Police confiscated crude weapons and made several arrests after supporters of the current Ugenya MP David Ochieng and his rival Daniel Odhiambo clashed. 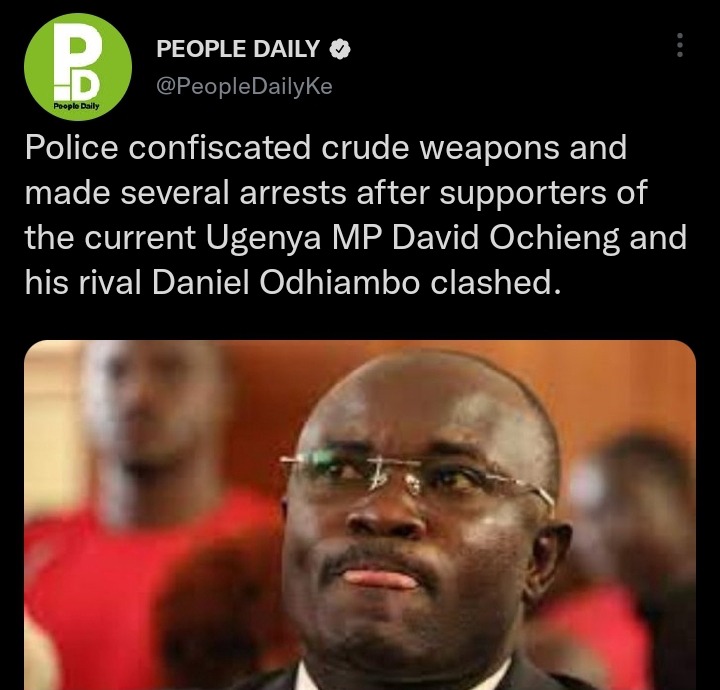 One person was arrested with a panga and knife at Shauri Yako primary school in Homa Bay County. Police cleared the polling center of voters after voting process comes to an end.

Nakuru East MP David Gikaria was arrested for allegedly assaulting a voter at Naka primary polling station. The lawmaker is being held at the Nakuru Central Police Station. 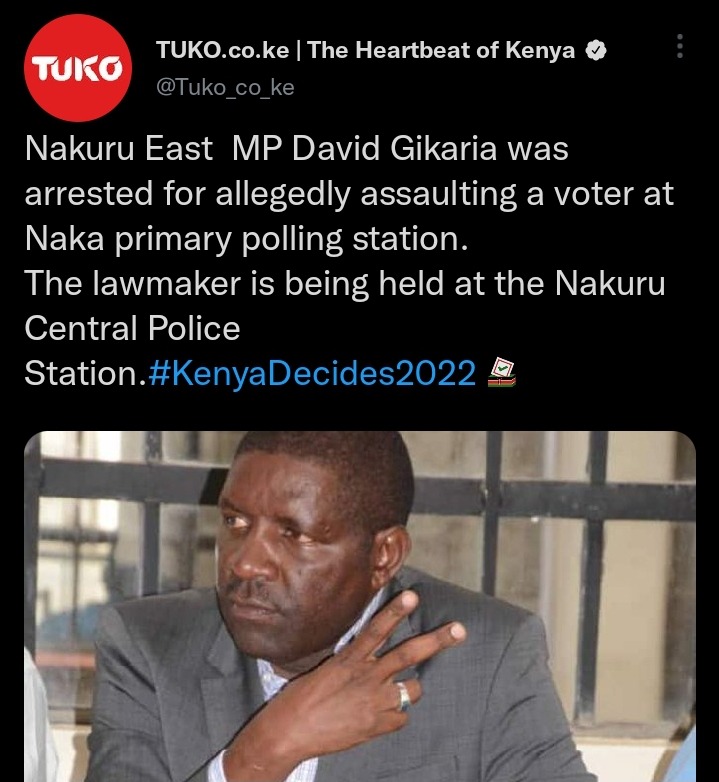 Exiled Kenyan lawyer Miguna Miguna has expressed his delight after casting his vote in Canada. Miguna, who voted at the consulate of Kenya in Toronto, urged Kenyan voters to come out in large numbers and exercise their democratic rights. 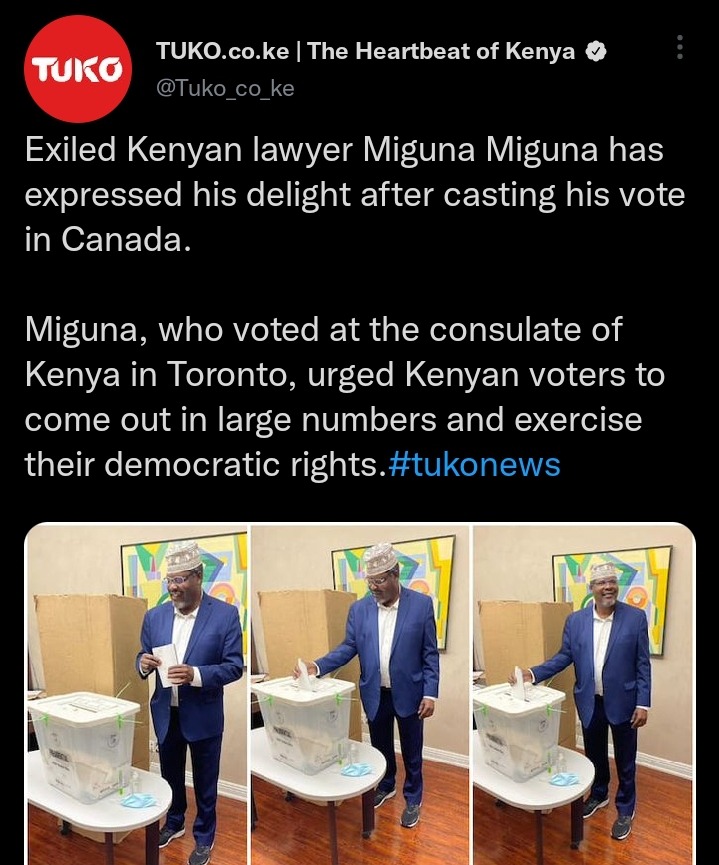 Polling papers meant for Meru prison which had been brought to Kabarnet Baringo airlifted back to Meru.

There was a shoot out at Muriri, Tigania East constituency Meru county where a police officer was injured in the incident and two occupants were arrested. The car involved in the shoot out is alleged to be owned by a local politician. 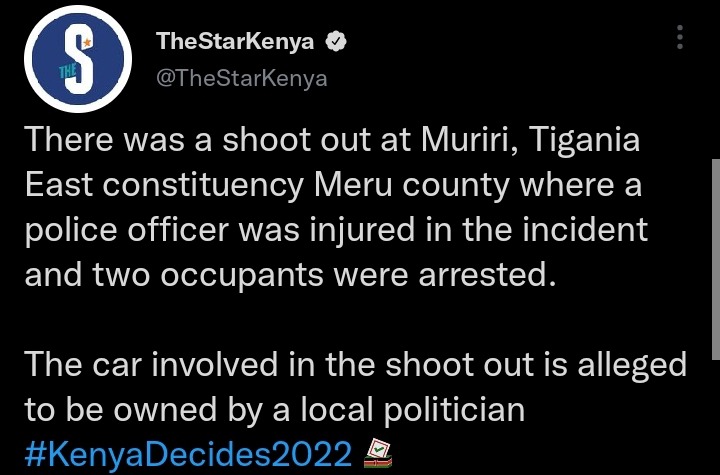 Voting activities across polling stations around the country come to a close, voters still queuing to be allowed to vote; tallying set to begin. 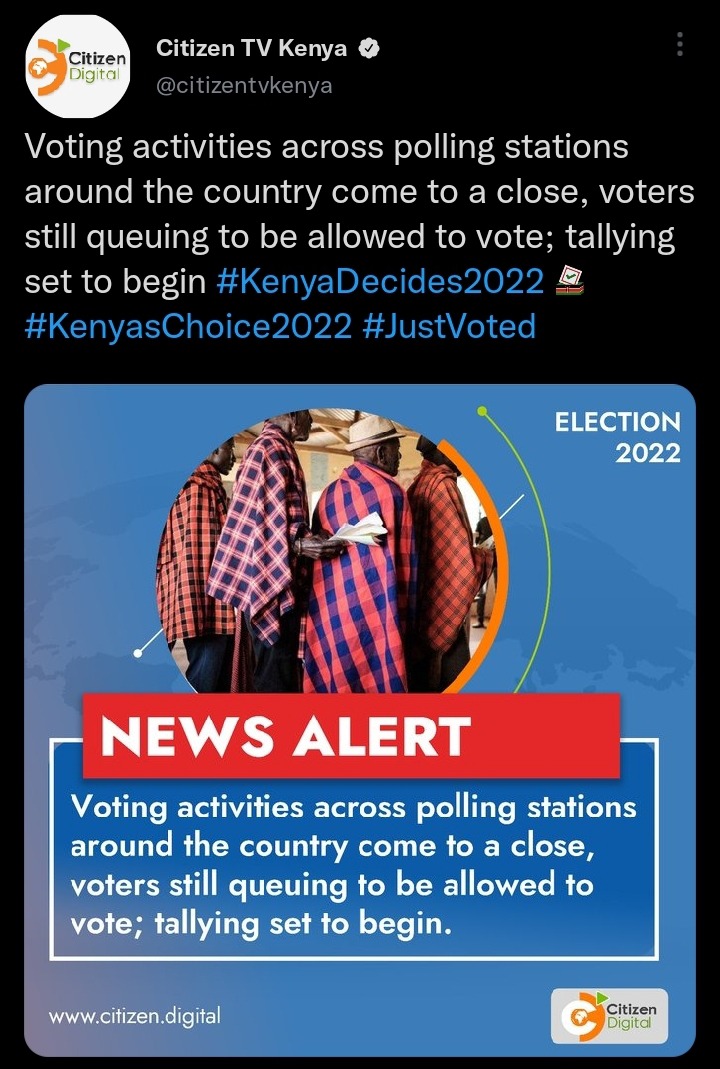 IEBC has announced that 6.5million Kenyans had voted by 12pm equating to 30% turnout. Manual registers are being used in Kibwezi West, Matungu, Malaba, Mumias East and West after Kiems kits failed. 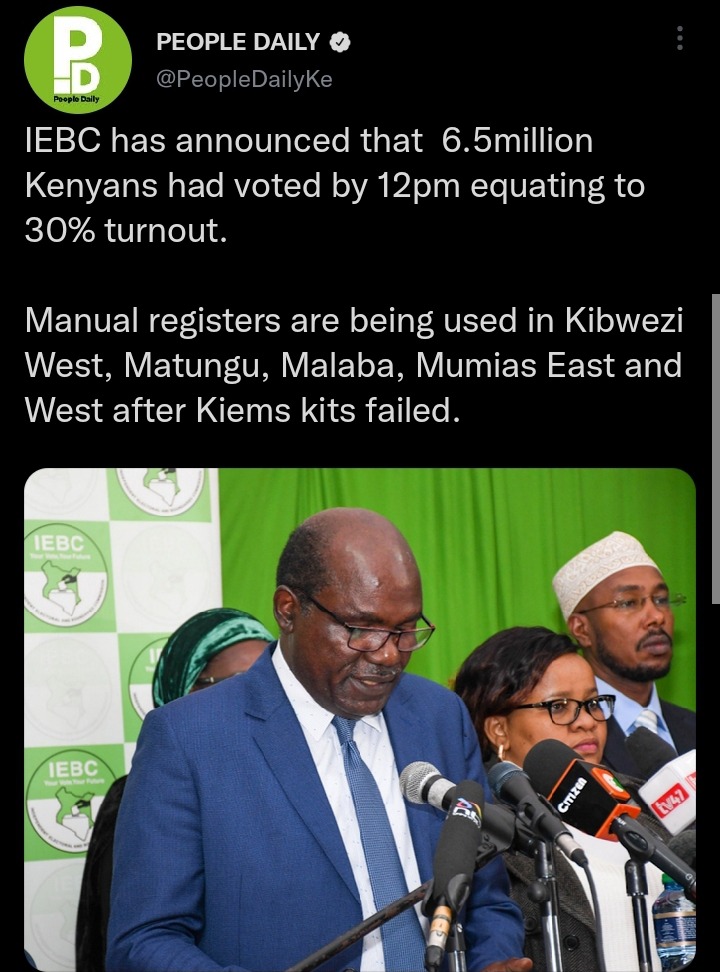 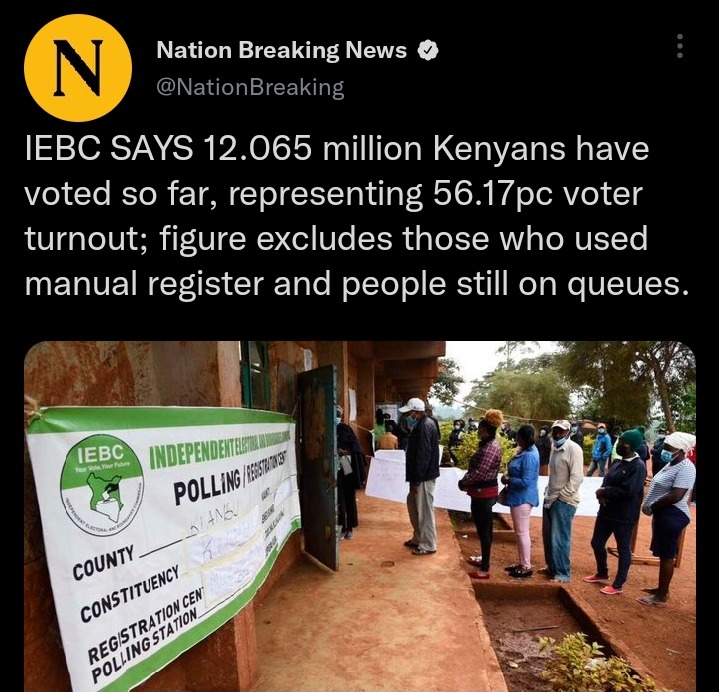 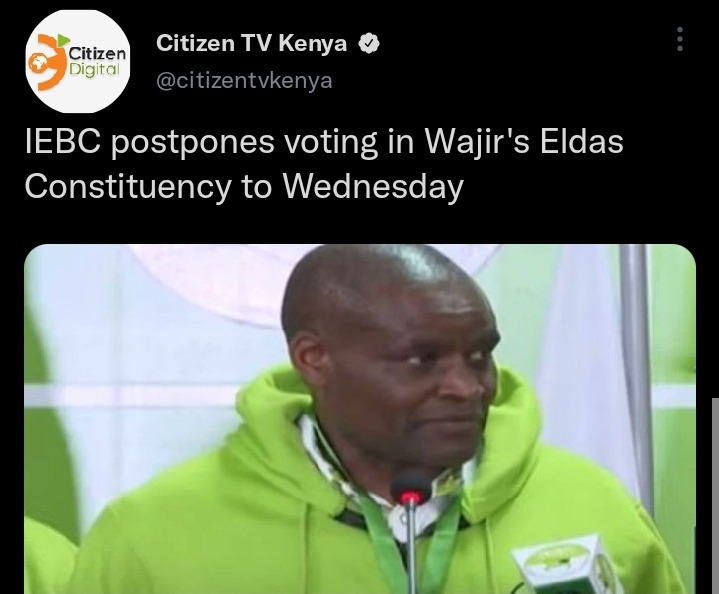 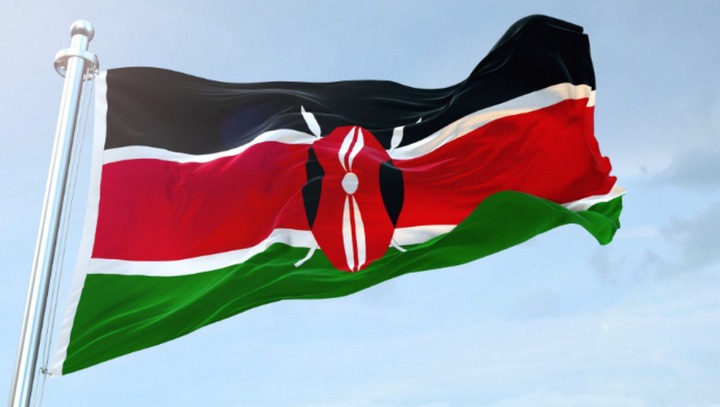