By TheSpectator (self meida writer) | 29 days 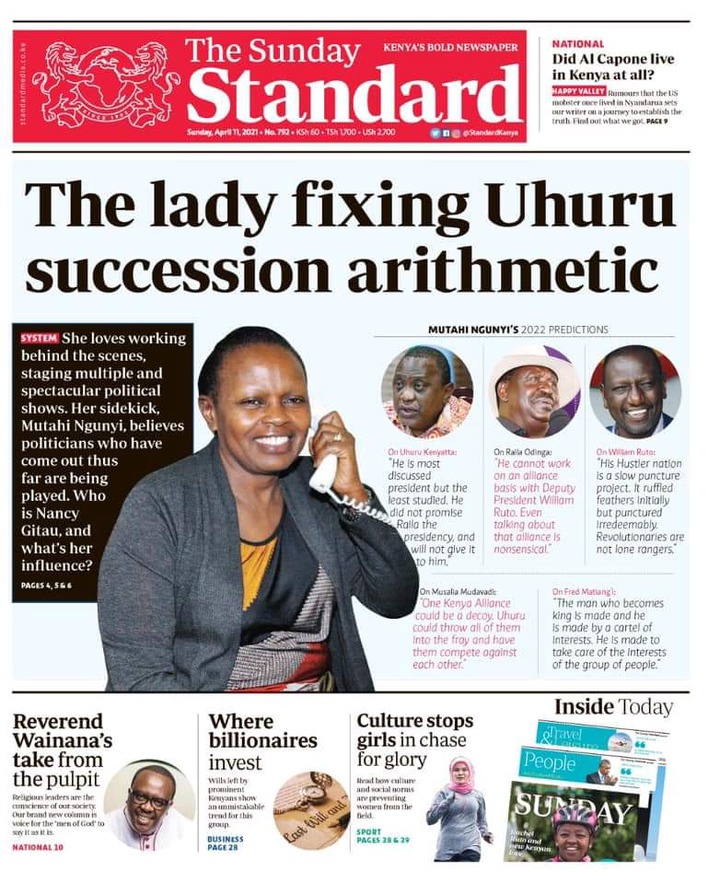 The Sunday standard has come out today to reveal the lady who has been making winning desicions in the past elections.

The lady known as Nancy Gitau is also trying to fix Uhuru Kenyatta's succession arithmetic according to the standard.

Nancy Gitau is said to be working behind camera and arranging political shows for political candidates. 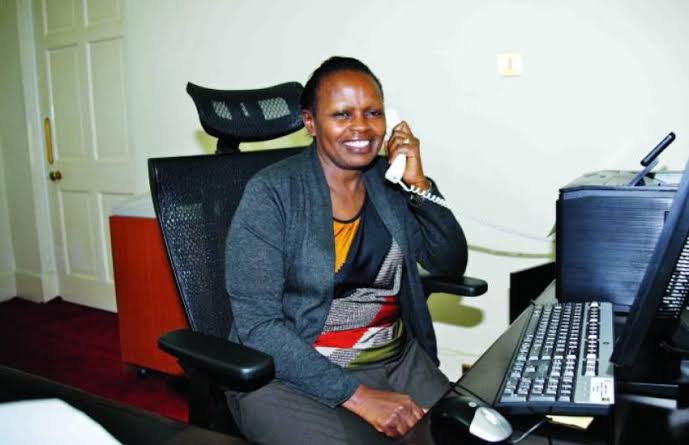 The lady has been alleged to be an ex CIA spy and is feared by a number of politicians who wont dare go against her.

Gitau is said to be the brain behind Mwai Kibaki's win in the 2007 elections that led to chaos.

In 2013 she was again in the spot during the making of TNA. She financed the party and brought in young minds like Johnson Sakaja, Dennis Itumbi, Patrick Ngatia, Eric Ng’eno, James Mureithi and David Nzioka among others.

She is behind the slogan "Tyranny of number" a propaganda most used by political analyst Mutahi Ngunyi that worked well for the Jubilee Party in 2017 elections. 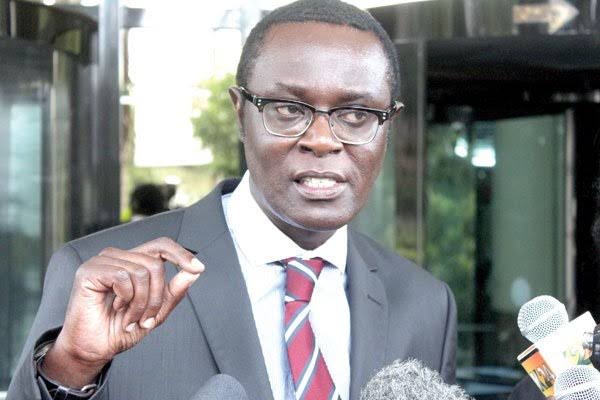 In 2016 she was mentioned in the ICC during DP Ruto's case.

The have however fallen out due to political differences. Gitau who has been named as the most powerful political analyst and strategic will be a powerful woman to be used in 2022.

Mt Kenya MP Sends A Strong Message Over Referendum, Hints On When The Country Is Ready For BBI

Allan Wasonga, The Second Best Student Comes From Humble Beginnings to Score an A Plain