By Rehemamon (self media writer) | 8 months ago 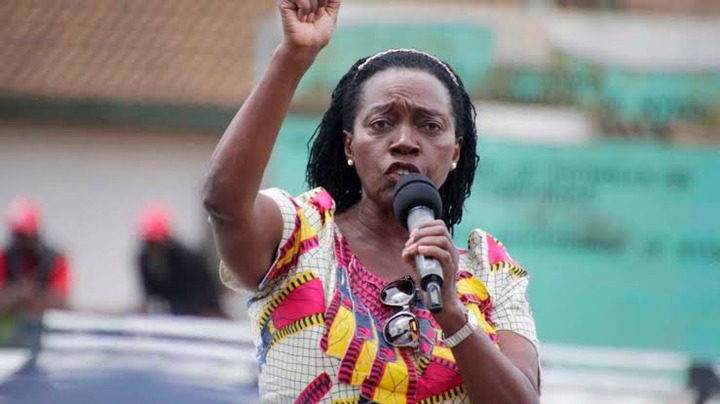 Silvanus Osoro, a member of Parliament from South Mugirango, has come under fire for making insulting remarks about Azimio's running companion Martha Karua.

In a speech to the Abagusii people group in Thika town on Sunday, June 6, Osoro questioned Karua's marital status, claiming that she was unfit to serve as deputy president since she was unmarried.

The MP, who is a member of the Democratic Alliance (UDA), went after the Narc Kenya founder's appearance, using unprintable adjectives to describe him.

On Sunday, June 6, 2022, South Mugirango MP Silvanus Osoro pretending to be a member of the Abagusii people tribe living in Thika Town.

"Martha Karua is only staying for two months, therefore the system chose her as Raila's running mate." She is really agitated, and Raila will not accept it with her. Even though her marriage only lasted two months, who is this man who thinks he can handle her?

"Ladies, don't be fooled into thinking that one of you has been chosen; supposing you look at Martha, does she appear to be you? She is a stunning woman "The gathering was informed by Osoro.

A video of the remarks has now gone viral on the internet, with Kenyans from all party stripes condemning the remarks as unfit for any leader in the twenty-first century.

"I just saw a disturbing video depicting South Mugirango MP Silvanus Osoro as Martha Karua. We reach an agreement, but body-shaming a lady in front of her peers and in her private life is an amazing failure "Dennis Nyambane added his two cents.