Is just a few days after presidential running mates were announced. A lot has changed in terms of popularity for both the Azimio coalition and Kenya Kwanza. 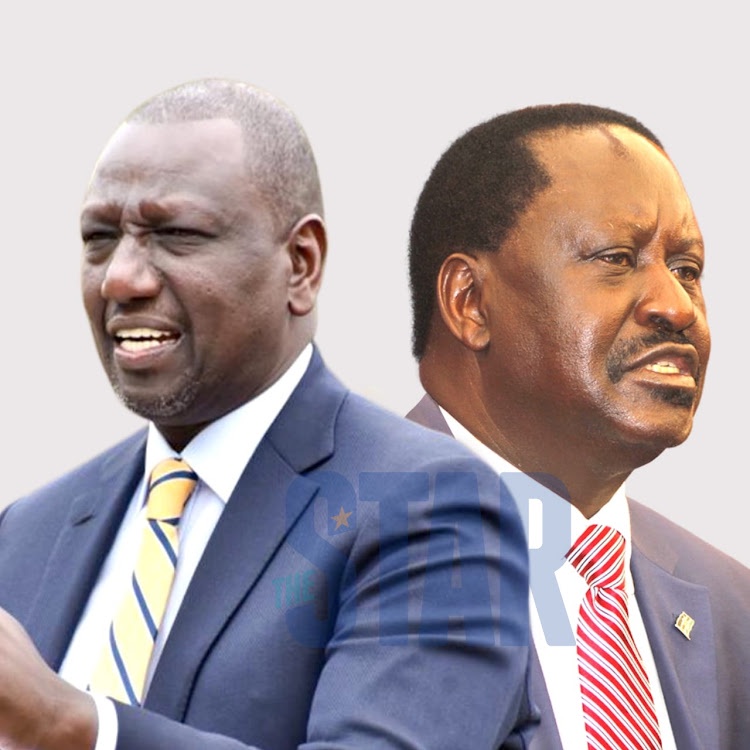 William Ruto revealed Rigathi Gachagua as his running mate while Raila Odinga announced Martha Karua. Both sides are now set for the tough campaign as they prepare for the August general election.

After the selection of a running mate, several opinion polls have been conducted with a recent one conducted by the Radio Africa group through their news channel Star Kenya. According to the poll, both Ruto and Raila ranged between 40 to 45 percent.

After announcing the running mates opinion polls were conducted to determine the impact caused by the selection of running mates. Radio Africa group through their news channel Star Kenya conducted polls and found Kenya Kwanza was at the top compared to its counterpart. 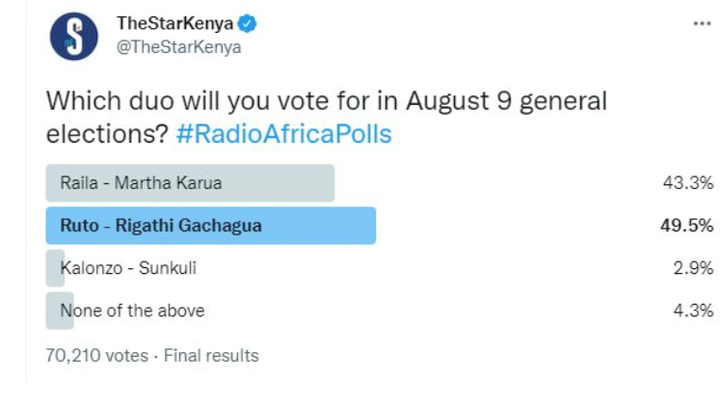 On the popularity of their selected deputies Rigathi had 49% and Martha Karua 43%. Both running mates will have to resume the serious campaign.

List of Kenyan Tycoons and Billionaires who control and Fund Kenyan politics.

"You Ran Away From Where Mount Kenya People Are, Leave Ruto Alone" Martha Told by Gachagua.

Today's Teams That Are Expected To Win Their Matches