For a couple of days now the son the president of Uganda Muhoozi Kainerugaba who is also the general of the ground forces of Uganda has been away from the internet. The general is known to make controversial statements on the internet which at times cause conflicts with other people. Muhoozi has however made a come back to the internet this time with a message for Uhuru Kenyatta and Paul Kagame. 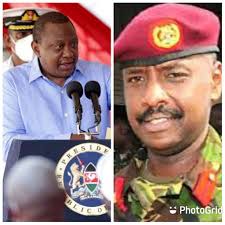 In a tweet the general shared on Sunday morning he said that he had received wind that former president Uhuru Kenyatta and Rwandan president Paul Kagame asked the M23 rebels in Congo to withdraw from the new territory that they recently captured. Muhoozi in his message told Uhuru and Kagame that he agrees with them and urged the M23 rebels to obey them to resolve the conflict. 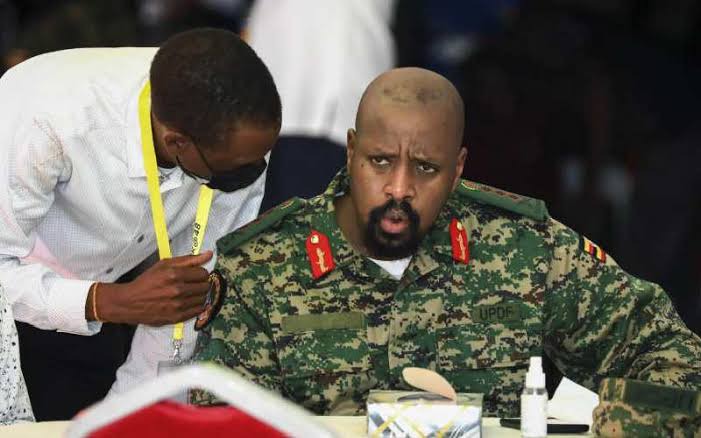 "I heard that my beloved big brother, H.E. Uhuru Kenyatta, and uncle, H.E. Paul Kagame, asked M23 to withdraw from the territory recently captured. I agree with my bosses. Our brothers in M23 should immediately heed the words of our elders! Let's resolve this conflict!" General Muhoozi said. 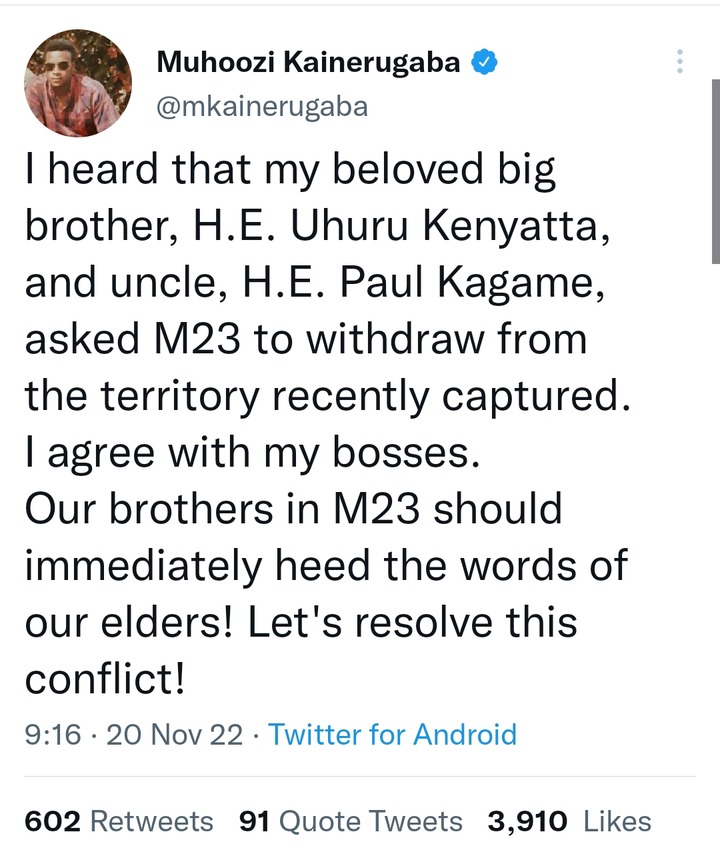 His statement comes a week after former president Uhuru Kenyatta travelled to Congo where he met with residents who have been affected by the ongoing conflict. Uhuru was going to meet with the leaders of the M23 and other government officials so that they can prepare for peace talks that are to be held in Nairobi this month.