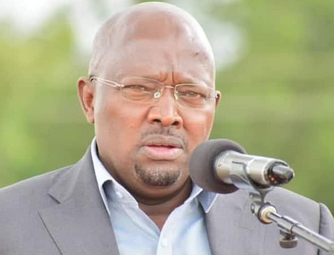 The Former Vice chairperson of the United Democratic Alliance (UDA) Kipruto Kirwa has welcomed the move by a section of the Kenya Kwanza Alliance MPs to support the creation of the office of the Official Opposition leader.

It was reported that President William Ruto has urged his troops to support the creation of the office, with a section of the MPs adamant of backing up the calls.

Speaking on Wednesday with K24 TV, Kirwa said that the move was a fundamental change to the country, and will ensure that the opposition will 'never go to bed' with the government of the day, and will effectively deliver on its oversight work to the government. 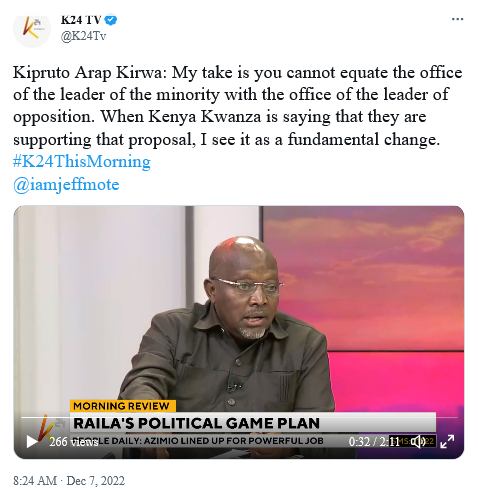 He dismissed claims that creation of the office is like an handshake between Raila and Ruto, saying that it does not mean that Raila is the one who will be occupying the office forever, but whoever will be the runners up in any presidential election.

"Raila is there for the time being, someone else will occupy the office in future.When KKA are saying they will support the proposal, it is not for them and it is therefore not to give olive branch to Raila, it is a fundamental change where we respect the second to us. This is not handshake, but creating robust institution to oversight the government."