According to Nyandarua governor Francis Kimemia, 32 of the 47 governors have identified ODM leader Raila Odinga as their candidate for 2022. 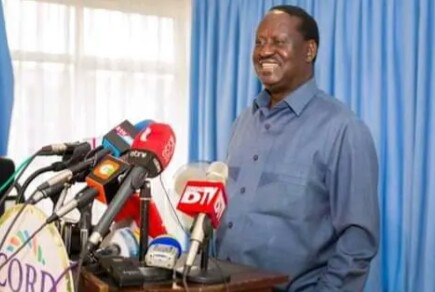 He claims that the 32 have decided to back Raila for president and will show their support on Friday at his 'Azimio La Umoja' event.

He claimed on Wednesday that this is something that has been agreed upon, and that it also indicates what to expect in the presidential election of 2022.

Raila's war chest will grow as a result of the support of so many county bosses, making him almost unbeatable come the much-anticipated polls.

"There are about 32 of us who will be attending that event. We will be with Raila at Kasarani which says a lot about the elections. With that number of us on his side who can defeat us?" he said. 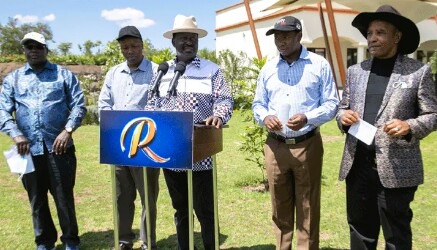 According to a video posted on the former Premier's official Facebook page, he made the remarks at the Safari Park Hotel in the presence of Raila. Raila is up against a number of opponents, including his main opponent, Deputy President William Ruto, who analysts believe is the only other candidate who can win the presidency.

If Kimemia's remark is any indication, it should be bad news for Ruto, especially given the likelihood that governors will play a significant role in the presidential election.

Analysts say that when it comes to wooing votes, the governors' finances and grassroots support will be critical, giving the majority the upper hand.

Junet Mohamed, the Suna East MP, claimed on Tuesday that 200 MPs will attend the event, which will be held at the Kasarani Stadium in Nairobi.

It will Be A Great Honour, Anne Waiguru Hints at Going For Deputy President Seat In UDA

Governor Kinyanjui's Message To Kenyans Amid The High Political Temperatures