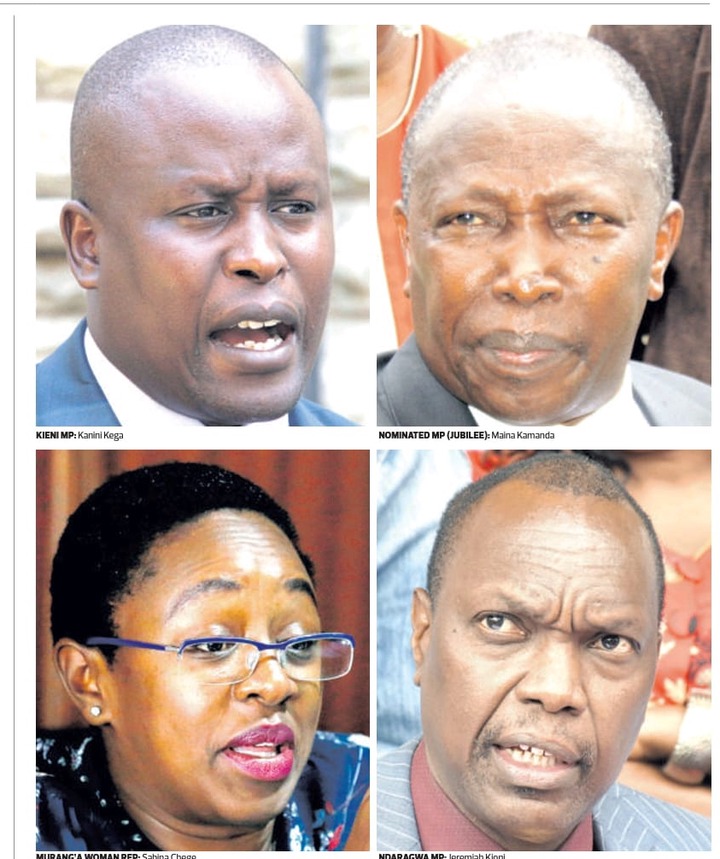 All of them are close allies of the Head of State president Uhuru Kenyatta and come from the different counties within the Mt Kenya region.

Among them is Murang'a county woman representative Honourable Sabina Wanjiru Chege who is a close ally of the Head of State president Uhuru Kenyatta.

She has already declared interest in the Murang'a county gubernatorial position with an aim of succeding governor Mwangi wa Iria in the powerful post. 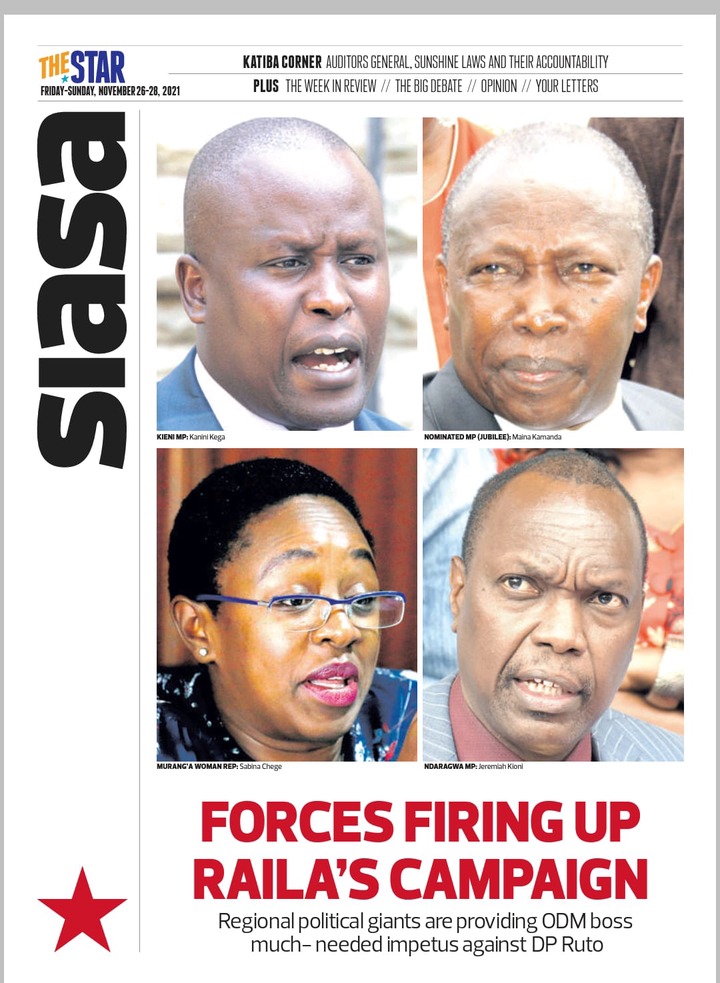 He has been escorting Raila Odinga in the area in the recent past and has been trying to convince him that the mountain is strongly behind him as a political and presidential candidate.

Kieni constituency member of parliament Honourable Kanini Kega has also cone out as a top leader who has been very close to Raila Odinga in the recent days.

He has not been missing any meeting where Raila Odinga has been selling his ideologies ahead of the forthcoming presidential elections.

The last one is Ndaragwa Constituency Member of Parliament Honourable Jeremiah Kioni who has already noted that he would rather not get elected but support Raila Odinga for the presidency.

Has Uhuru Just Predicted Ruto's Defeat By Raila In 2022? See What He Said In Nakuru