The Wiper Democratic party leader Hon Kalonzo Musyoka in line with his close diehards have now called off the move to Campaign for the former prime minister Raila Odinga's presidency. 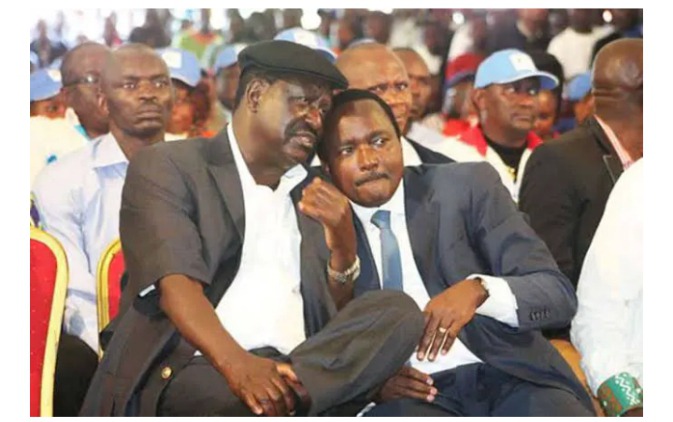 This comes in after reports as reported by reliable medias leaks that allies tied up to the head of the nation His Excellence president Uhuru Mwigai Kenyatta said to be asking the Orange Democratic Movement flag bearer Raila Odinga to drop Peter Kenneth for Martha Karua as his deputy.

Basing on this and the allegations that Kalonzo Musyoka joined Azimio La Umoja with his allies anticipating to get the deputy position, they have therefore, suspended all moves to Campaign for Raila Odinga until the issue of running mate is settled and resolved. 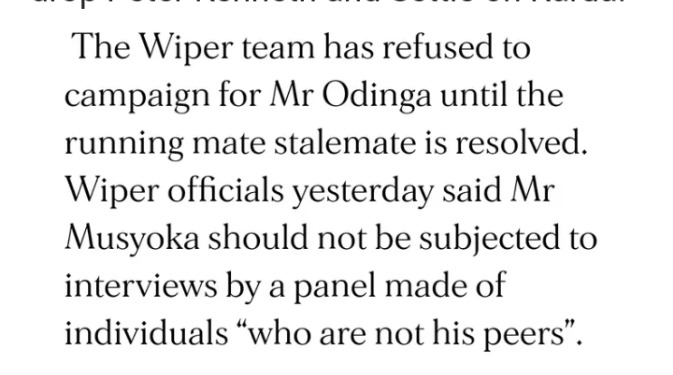 According to the reports by Daily Nation, Kalonzo's camp is said to be planning on exploring other options available ahead of the upcoming 2022 general election with Senator Enoch Wambua Saying," They won't force us into this thing and they know very well blackmail is their leading and motivating factor."

What do you think will happen if at all the former vice president Kalonzo Musyoka denied the deputy president position in Azimio? Can he exit from Raila Odinga's party?