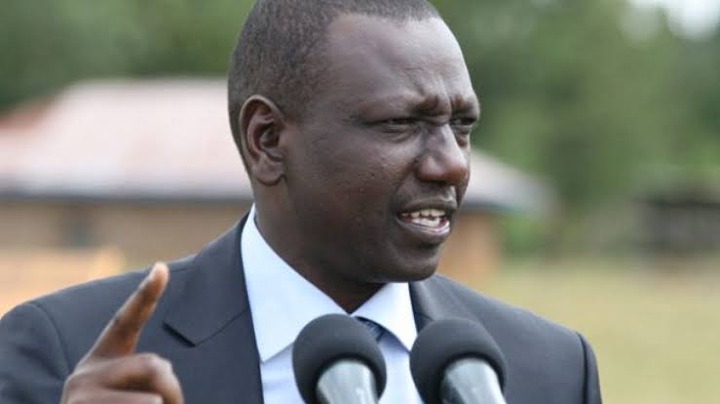 The deputy President William Ruto has affirmed that he has no apologies or regrets to make for saying he would slap Uhuru Kenyatta in a video clip that has gone viral. According to Ruto, Uhuru indeed missed his slap by lack for saying he was giving up government to Raila Odinga yet he worked hard to have him win.

Here is a link: https://www.standardmedia.co.ke/politics/article/2001449526/ruto-i-have-no-apologies-over-my-uhuru-slapping-remarks 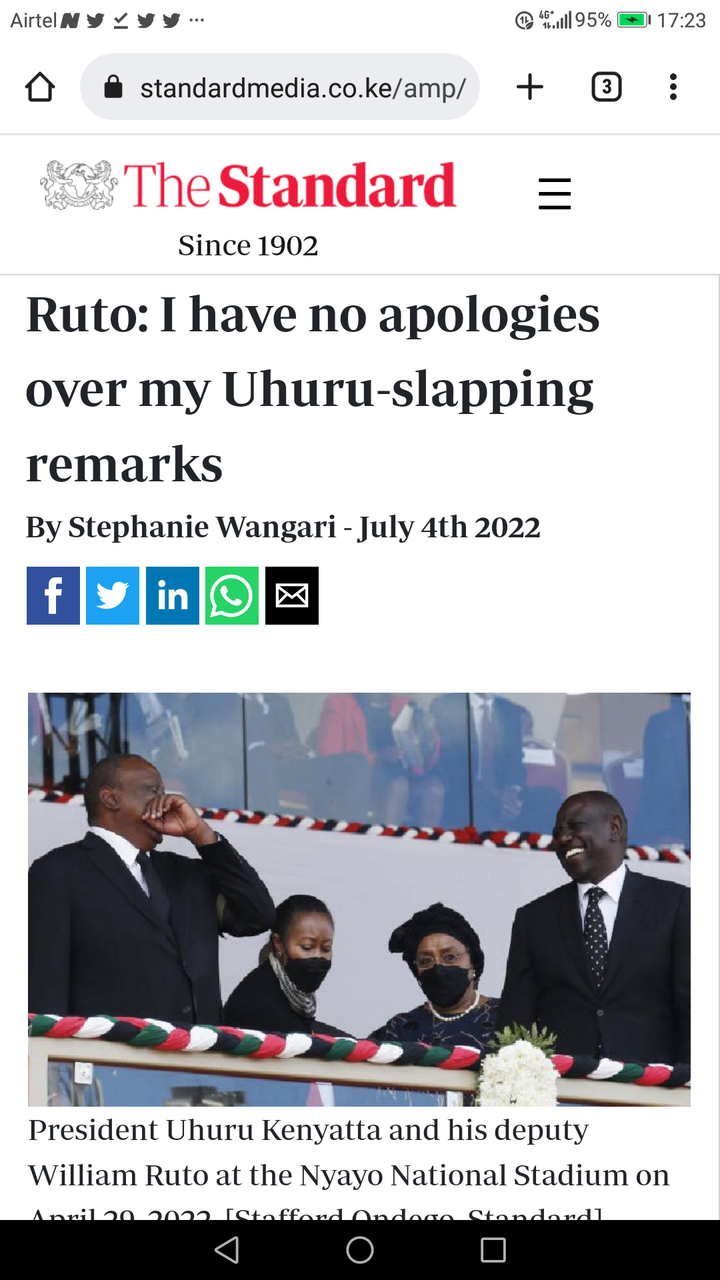 The deputy President William Ruto is firm there was no way he was going to allow Uhuru Kenyatta to surrender to Raila Odinga at whatever cost. According to him, what he did pushing Uhuru Kenyatta to contest in the 2017 elections was the only decision he was left with as his main adviser for he wouldn't just let him surrender to the enemy.

The deputy President William Ruto is clear, Uhuru Kenyatta wanted to give up so easily to Raila Odinga and he found it as a sign of cowardice and shame. He is clear jubilee had many members across the country so they had won the election fairly and squarely.

The deputy President William Ruto has stood to his guns making it clear he is ready to occupy statehouse and he was not going to stop at all. Unfortunately, It's clear Uhuru Kenyatta whom Ruto helped gain power has today gone completely against him rather he is supporting Raila Odinga a very interesting scenario given the highest level of betrayal.