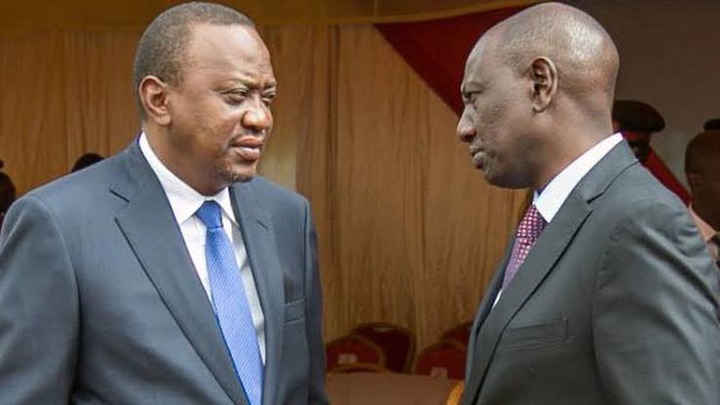 As the country heads to the August 2022 general election, many people have been claiming that the presidential race will be a two horse race between ODM party leader Raila Odinga and Deputy President William Ruto. That is because the two top leaders command a wide range of following in the country.

The bad thing for Ruto is that most of President Uhuru Kenyatta's allies and supporters have been supporting Raila Odinga and end up attacking him and today, things were even worse for Ruto as Wahome Thuku broke his silence with a heartbreaking message.

Through his official facebook account, Wahome Thuku stated that tribalism politics is going to be witnessed in the forthcoming general election but on his side, Ruto won't receive his vote even if the DP decides to pick Wahome Thuku's brother as his running mate. That is a big blow to Ruto while on the other side, it is a big win to Raila Odinga prior to the August poll. 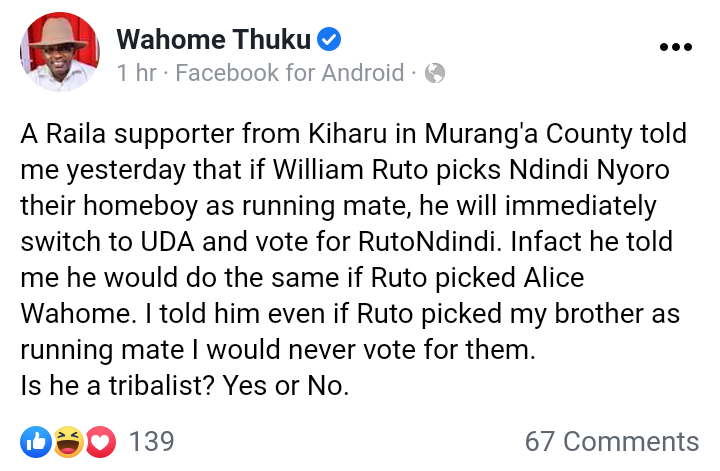 4 Things You Should Never Do In An Automatic Vehicle

How Well Do You Know Your Partner

How To Learn To Seek What Matters Most