By demahom (self media writer) | 3 months ago 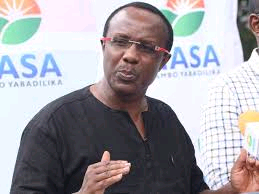 "Ng’ombe wa Raila wajinga ajabu. They camp here every day hoping to prick a political moral conscience I don’t have while Baba and his cronies eat #Handcheque How many times I have to remind them politics is not romance— its a brothel." Tweeted by former National Super Alliance Chief Strategist David Ndii 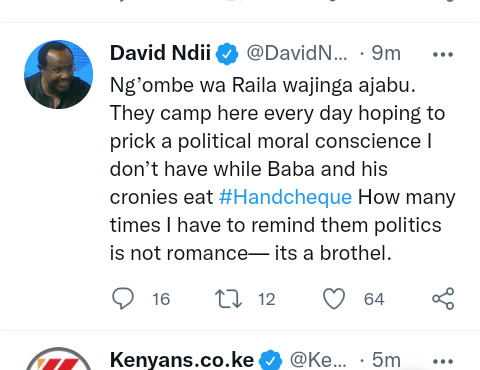