By NewsYako (self media writer) | 1 year ago 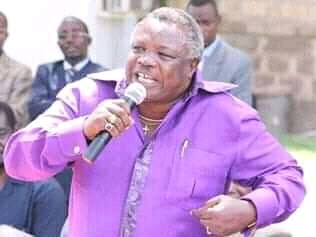 Francis Atwoli was born on 6 June 1949 , it's believed his hometown is Khwisero in Kakamega County (Western region ) despite living in Kajiado County.

The story about his Life's time education has remained a top secret for him. Relying on revealed tip off , Atwoli once said , he met Former unionist Tom Mboya in 1963 while he was a form One student at St. Mary Secondary school in Machacos County. 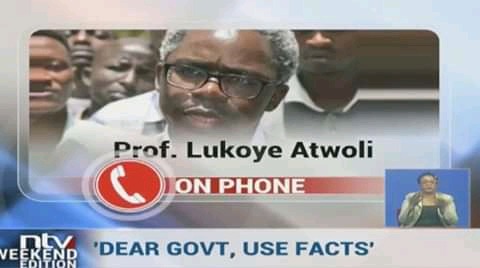 Atwoli also made it public that has seventeen children. The most reknown child of Atwoli is Prof. Lukoye Atwoli.

Francis Atwoli is a Kenyan Trade Unionist currently serving as the Secretary General of the Central Organization Of Trade Unions , he has served in that Capacity since elected in 2001

Atwoli is also serving as the Secretary General of Kenya Plantation and Agricultural Workers Union , it's the position he helds since 1994.

In the year 1971 - 1986 , he also served as the Branch Secretary , Union of posts and Telecommunication Employees.

In the year 1971 - 1986 , he also served as the Senior technician at Kenya Posts and Telecommunications Corporation.

With his rich leadership history , Francis Atwoli is also said to be Western region elder. He has been holding rallies and meetings with aim to search Luhya People Unity.

Francis Atwoli is also a staunt supporter of Building Bridges initiative ( BBI ) which was brought to light the day President Uhuru Kenyatta and former prime Minister Raila Odinga shake hands in what was famously known as Handshake.

Francis Atwoli is interested in BBI as it will reduce post election violences by expanding the executive. For him , he believes , the phrase of ‘ Winner takes it all ’ is what strenches the country to violence after an every election.

Francis Atwoli is also looking forward the Luhya community incorporated in leadership of this country. It's a move , he was seen holding meetings at his residence in Kajiado with Luhya leaders in their different leadership capacities. Just to mention a few was ; CS devolution Eugene Wamalwa , Kakamega Governor Wickliffe Oparanya and senator Cleophas Malala.

There're also drifts in Western Kenya on Whom to represent the people of Western in Next government.

The group led by Musalia Mudavadi , Bonny Khalwale and Moses Wetangula is suspected to be working closely with Deputy president William Ruto which is strongly condemned by Francis Atwoli.

The Vocal leader is known for his strong stands. When history of justice for workers will be written , Atwoli will be remembered for criticizing politicians , Non - governmental institutions including World bank interfering with labor disputes.

He's also in support of police officers to have their union.

Through his strong leadership , he received recognition in his role in championing for social justice. The awards were ; Elder of burning spear ( EBS ) , The Moran of the burning spear ( MBS ) and honorary doctorate of human letter at Masinde Muliro of University of Science and Technology.