By Babumilton (self media writer) | 2 months ago 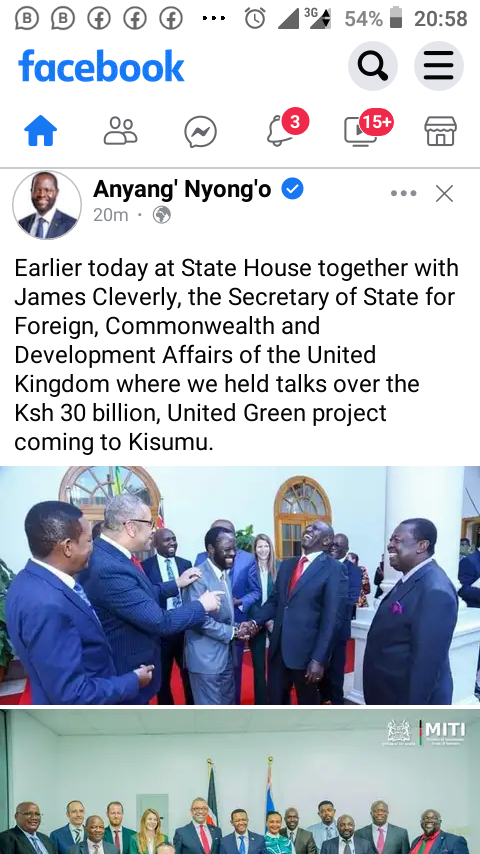 Despite that, the Kisumu governor Professor Anya'Nyong'o has break his silence after meeting the president William Ruto. The governor revealed that he attended a meeting with James Cleverly, the secretary of State for foreign. He continued by saying that the meeting was about KSH 30 Billion, United Green project which is coming to Kisumu. 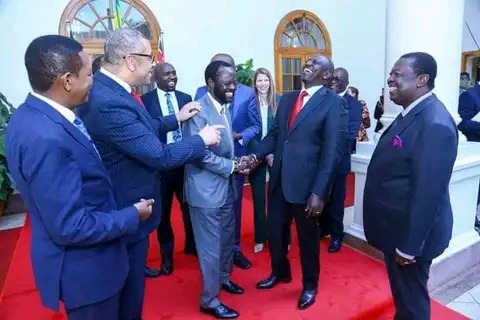 "Earlier today at State House together with James Cleverly, the secretary of state for foreign, commonwealth and development affairs of the United Kingdom where we held talks over the KSH 30 Billion, United Green project coming to Kisumu", Kisumu governor Professor Anya'Nyong'o wrote on his Facebook page. Despite that, let us maintain peace among each other during this time of national examinations.

Content created and supplied by: Babumilton (via Opera News )