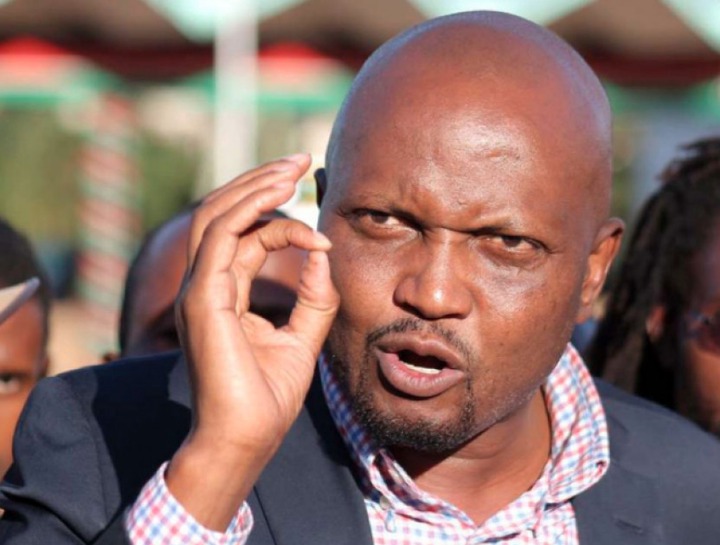 Political analyst Ken Echesa has told majority of Kenyans why Chama Cha Kazi party leader Moses Kuria was open to the idea to dissolve his party to join the United Democratic Alliance mainstream.

It is reported that President William Ruto is currently working hard to lobby the 15 outfits that formed the Kenya Kwanza Coalition to dissolve and form one strong party in United Democratic Alliance party.

It is also said that the President Ruto had tabled this request before they went for election, but faced opposition from a good number of principals who were not for this idea.

Chama Cha Kazi party leader Moses Kuria who is also nominated as Cabinet Secretary for Trade quickly accepted the move to dissolve his party and has written to registrar of political parties on the matter.

And in his warning to Musalia Mudavadi against accepting to dissolve his Amani National Congress party, Ken Echesa has revealed a clear reason why Moses Kuria quickly accepted the move.

Echesa says that Kuria decision to fold his outfit was strategic because that where majority to politicians from Mount Kenya stays.

Echesa added: "Moses Kuria's decision to fold his party, that's a strategic way to join mainstream UDA because that's where the heart of Mt. Kenya lies."