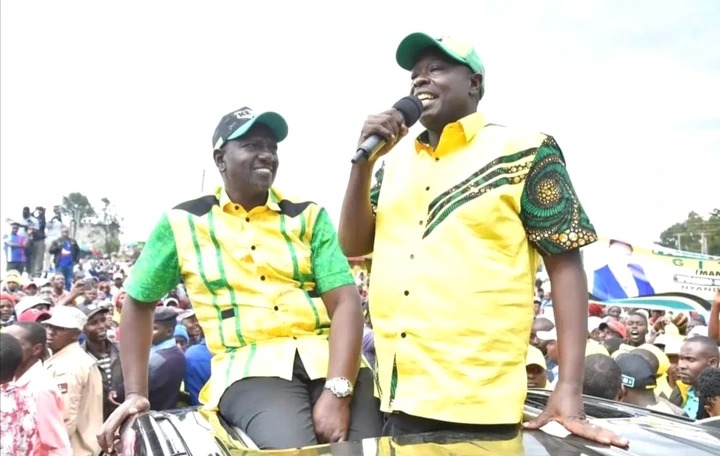 To clear the situation, Mathira MP Rigathi Gachagua acknowledged that Kenya Kwanza members did not conduct elections in the process of selecting DP Ruto's running partner. According to a previously released information, Rigathi Gachagua was chosen because he was backed by the majority of Mount Kenya region authorities.

According to the source, it is said that he said the selection process was outright lies where no votes were cast. He said that you can never stop people from saying what they want saying a running mate is like a wife. Gachagua claimed that People cannot cast votes in order to make you get a wife because in the end you're the one to live with her. 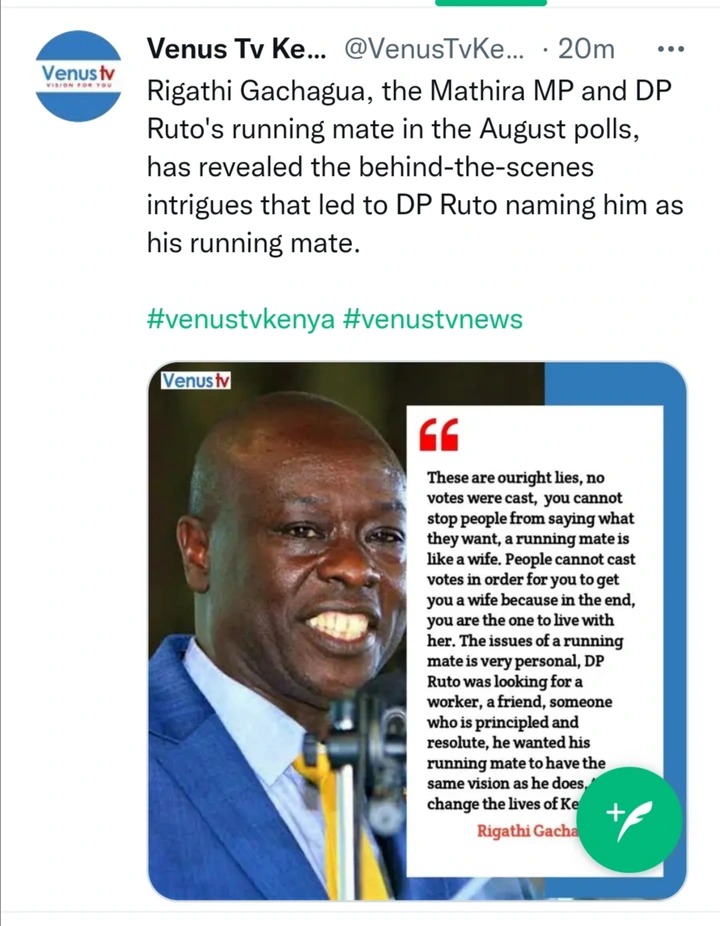 He went ahead and said that the issues of running mate are very personal since DP Ruto was looking for a worker who is a friend and someone who is principled and resolute, he wanted his running mate to have the same version as he does, to change the lives of Kenyans.