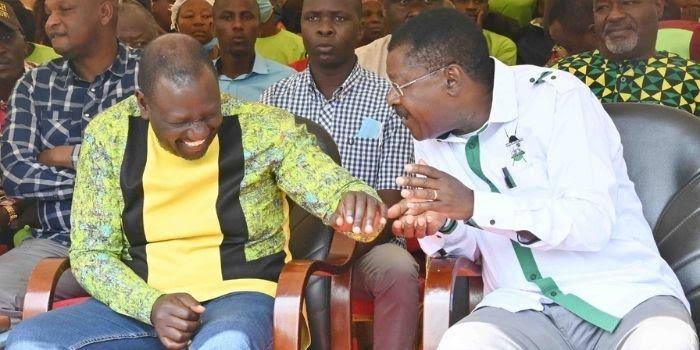 President William Ruto and the Ford Kenya party leader Moses Wentagula are set to battle for the Bungoma senatorial seat in the coming by election after the seat was left vacant after election of Wetangula into the National Assembly speaker position.

According to the report, both Ruto's UDA and Ford Kenya have already fronted candidates to battle in the race where over ten candidates have also shown interest in succeeding Speaker Wetangula.

UDA has already settled on Mwambu Mabonga while Ford Kenya have fronted Wafula Wakoli who has been a long time aide of Wetangula. Wetangula was urged the clergymen from Bungoma and UDA allied lawmakers to endorse UDA candidate but he has since been seen reluctant as he has already fielded a candidate from his party. 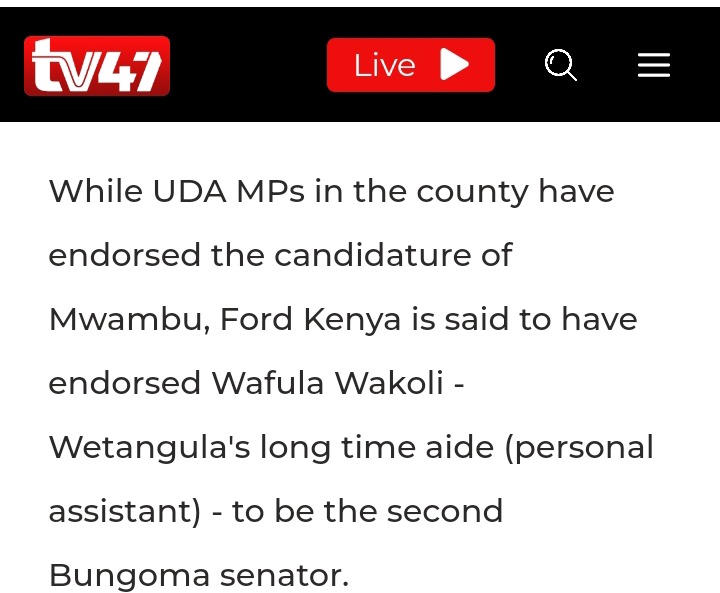