Raila does it again in Isiolo, when a large enraged crowd blocks his motorcade.

Former Prime Minister Raila Odinga drew a large crowd in Eldoret Town yesterday, causing amazement and disbelief among those who expected something else. Despite the odds, He was greeted like a king in Uasin Gishu by a sea of humanity. To receive greetings from the man who is credited with the liberation of the Second World War. 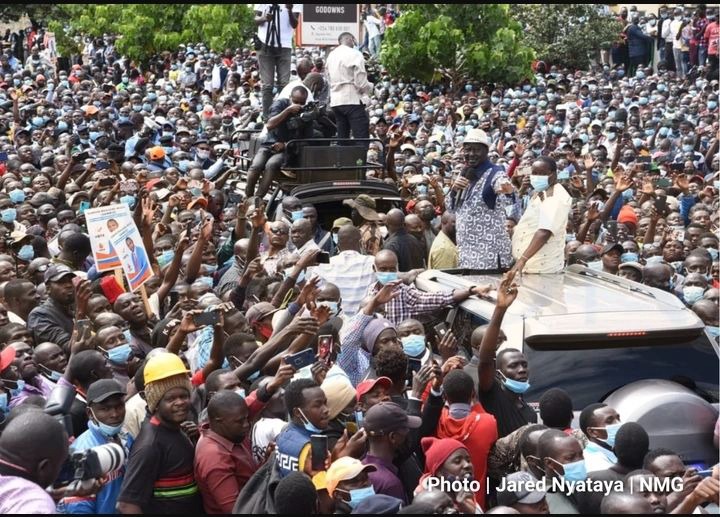 The move prompted outrage on social media, with many claiming that the political environment is gradually shifting and that the people of the Rift Valley have demonstrated the highest level of maturity by accepting The Enigma's offer to sell his ideas.

The ODM leader has shifted the discourse, causing panic at Tangatanga Camp. Deputy President William Ruto has turned him into a punching bag, claiming that he is to blame for food shortages and the failure of the Jubilee program after the Handshake was established.

After tens of thousands of residents flocked to the streets in Isiolo to cheer the Enigma as he made his way into the North Eastern area, the former Prime Minister has done it again.

Governor Kuti and CS Ukur Yattani are hosting the ODM leader. Locals have blocked his convoy so that he can address them, demonstrating the unconditional affection he has received.