MP Charles Kanyi popularly known as Jaguar has said that he dismissed DP Ruto's promise to offer him a nomination to the East African Legislative Assembly. Jaguar responded harshly to the second in command while addressing the residents of Starehe asking the Ruto to give the position to Simon Mbugua's wife. Simon Mbugua is Jaguar's greatest opponent in the parliamentary race. 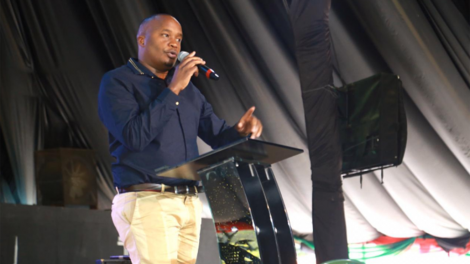 Jaguar was elected as the MP for Starehe in 2017 and this year he was defending his position but unfortunately for him, the ticket was given to Mbugua forcing him to make the statement on Saturday.

“The seat that he wanted to give me should go to Mbugua’s wife. You cannot remove me here as a sitting MP and take me to Arusha. Give Mbugua’s wife that position because he will not be elected here,” Jaguar said angrily.

Jaguar then said he will defend his seat as an independent candidate come August. The ticket was given to Mbugua after the UDA party told him opinion polls suggested Mbugua was popular among the people of Starehe. However, Jaguar rejected the results saying they were favouring Mbugua over him.