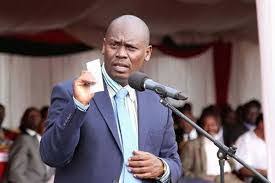 Former Kiambu governor William Kabogo has yet again revealed the two things he did to Raila Odinga after touring his county home today.

Raila since the outbreak of informations that he can't climebed the Mountain has since started climbing and according to him he has managed despite his main critic telling him he should climbed through some people.

Ruto, the deputy president in a couple of weeks ago told Raila that mountain was his home and supposed he wants to climb the mountain he should go through him.

Today, Ex-Kiambu governor William Kabogo, has revealed what he did to Raila contrary to Ruto's statements after taking to his official Facebook page. In his Facebook page, Kabogo said he welcomed Raila to his home county where he took the opportunity to sell his Tujibebe Wakenya Party to the Kenyans in front of Raila Odinga. 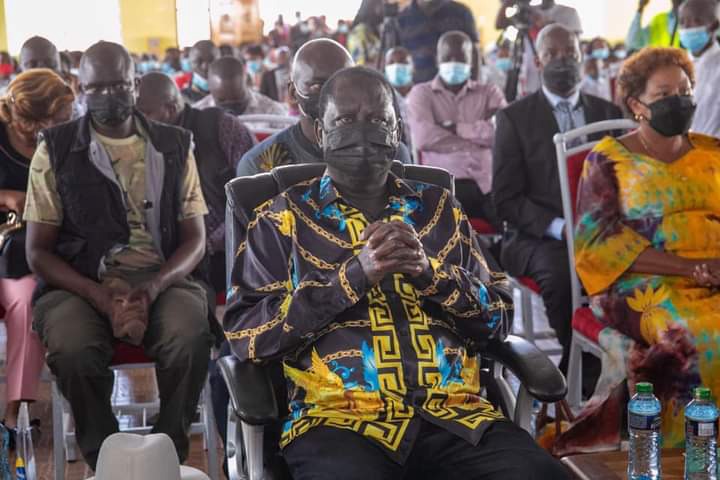 However, speculation has it that William Kabogo's party will be used to negotiate the interest of the people of mount Kenya. It has been also established that Mount Kenya region might not this time round front a presidential candidate for the top country's seat. 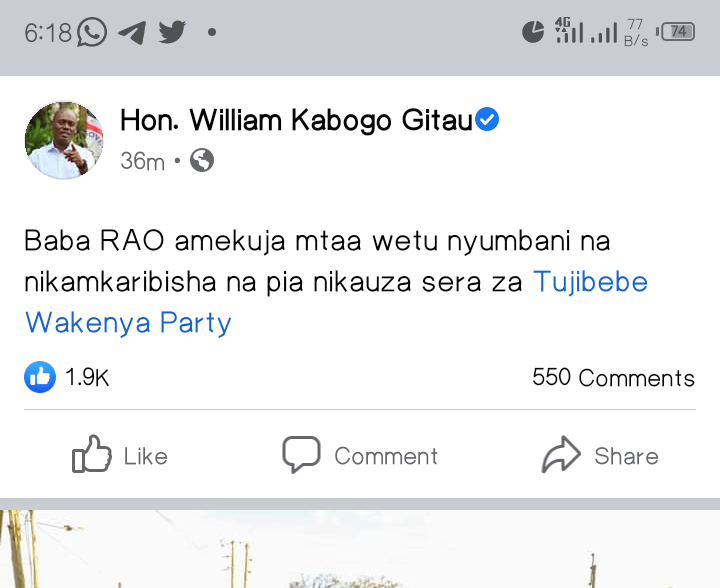