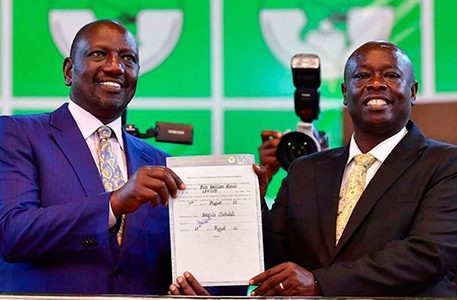 It emerges that business is as useful in Bondo, Siaya County which is the stronghold of Azimio leader Raila Odinga. The residents have expressed their mixed reactions after their preferred candidate Raila Odinga lost in the August 9 presidential election.

Among the residents who spoke to the Standard is Christine Aluoch who is a trader in Bondo market. She said that they had expectations that Raila Odinga would win the presidential contest but added that life had to move on despite Raila having lost the chance to be the fifth president. Aluoch said that they were eager for Raila to win the election so that they would benefit from the Sh6,000 monthly stipend for needy households which the Azimio leader had promised in his manifesto.

However the residents of Bondo have spoken out that they have fears of being neglected by a William Ruto government.

Christine Aluoch says that they fear the President-elect William Ruto would neglect Siaya County and Nyanza. However Aluoch said that they hope William Ruto will serve the whole country equally.

“We never saw him campaigning in Bondo or other parts of Siaya. I hope he’ll change the way he views us. Yes, we voted for Raila Odinga, but that doesn’t mean he should neglect this part of the country. When he takes oath of office, he’ll pledge to serve all Kenyans equitably, and that’s what he should strive to do,” Christine Aluoch who is a resident of Bondo told the Standard while expressing her expectations from William Ruto. 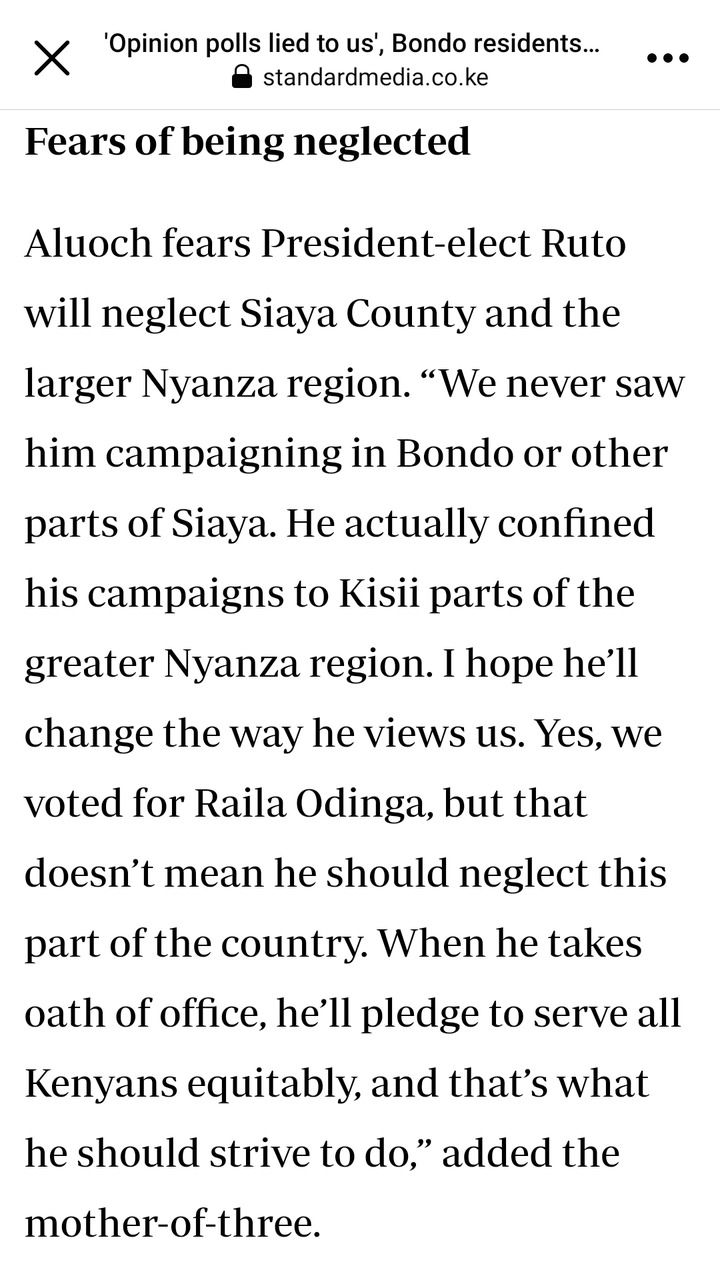