Controversial Embakasi East Member of parliament has taken to his Facebook page, thanking the Azimio Flagbearer Raila Odinga for his appointment to be on the presidential campaign team.

The controversial Mp who is a strong supporter of raila odinga will be working towards delivering the presidency in the August poll with other members including Junet Mohammed, Peter Kenneth, Mimakesmake, Opiyo wandayi, Kanini Kega, Caleb amisi and Maina Kamanda.https://www.facebook.com/100044269936176/posts/577069310445395/?app=fbl 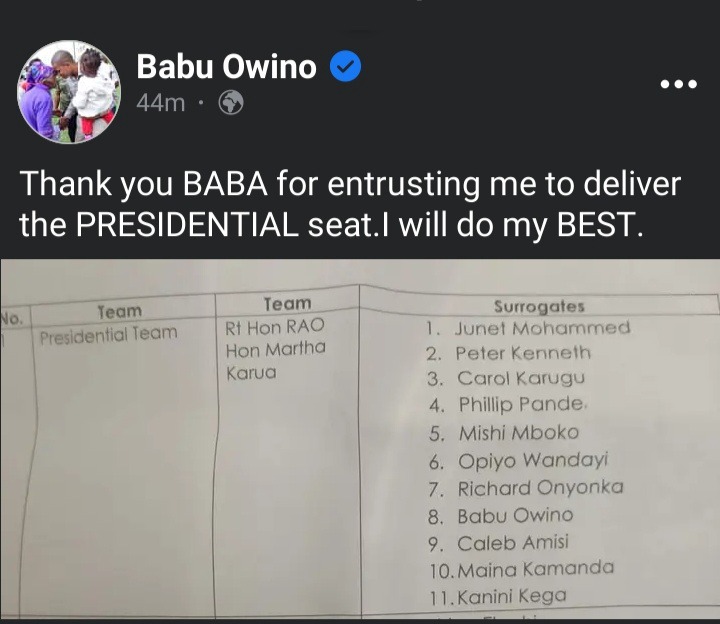 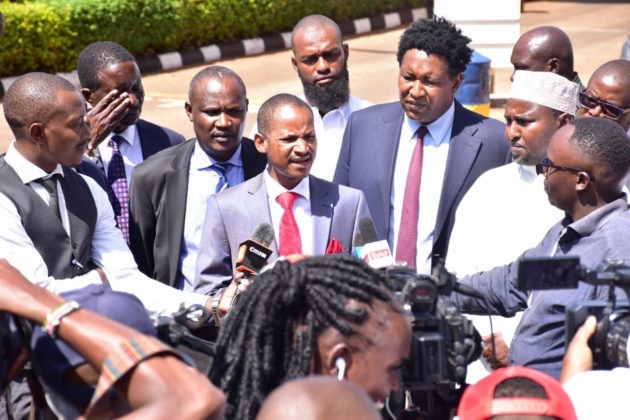 The Azimio Flagbearer has made several strides as far as 2022 elections are concerned, thanks to the 2018 March handshake with President Uhuru Kenyatta.

Handshake has worked to his advantage because he has the backing of president Uhuru Kenyatta and he has also made friends from regions traditionally believed to be against his leadership as depicted in the previous elections.

His selection of Martha Karua as the running mate has also boosted his chances of winning.

The team selected have to plan how campaigns in all parts of the country will be driven as they hunt votes for raila.

Will Babu Owino and Foul mouthed Junet who are among the selected team deliver?

It Is Now Or Never, August 9th Polls In Jeopardy As Raila's Makes a Bold Declaration Ahead Of Polls