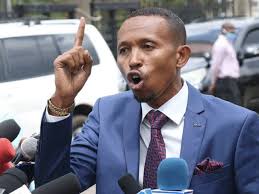 Nyali constituency member of Parliament Hon Mohammed Ali commonly known as Jicho Pevu has called president Uhuru Kenyatta by name while in a rally in Bungoma today and told him to do three things to Kenyans.

Ali who has shared what he said through his official tweeter account has asked the Head of State to first of all stop using the police to intimidate people who elected him to power. This is after allegations rocked the UDA camp of police mistreatment and disruption of their rallies.

Secondly, Ali has asked president Uhuru to leave power in peace the way he took it in peace in 2013 after being dully elected as president by majority of Kenyans.

Thirdly, Mohammed has told president Uhuru to follow what happened to him in 2013 and 2017 when he was elected by majority of Kenyans and stop selecting a person to be elected as president for Kenyans. 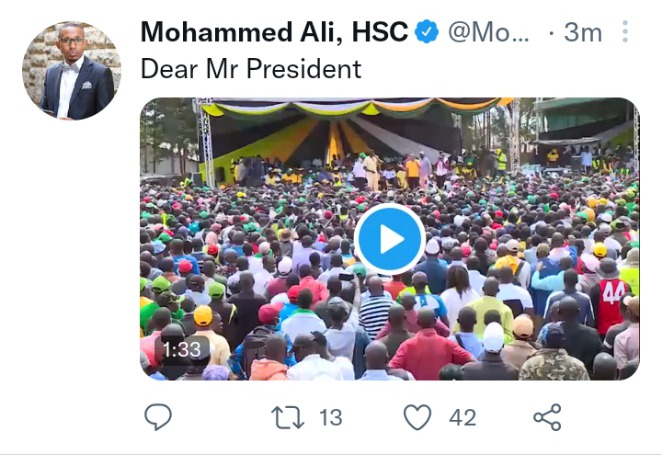 Mohammed Ali is a strong supporter of the Hustler Nation led by the deputy president William Ruto. 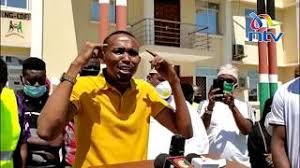