By LarryKatana (self meida writer) | 27 days 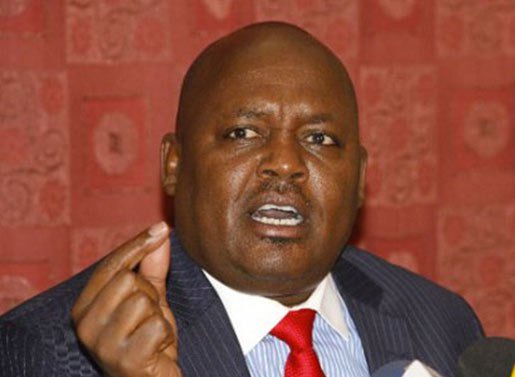 Three years in the cold. Three Government appointments. All of them revoked. Such is the type of life former Tiaty MP Asman Kamama has had to contend with. But is he a victim of bitter political rivalry pitting Deputy President William Ruto and Baringo Senator Gideon Moi?

Kamama's recent appointment to chair the National Social Security Fund board, was revoked.

The former lawmaker has however been quick to blame his successor William Kamket and the entire KANU leadership for allegedly being behind his troubles.

" The people fighting me are William Kamket and KANU leadership. They have ensured that I do not serve in any position in Government," Kamket was once quoted by the Star shortly after losing the NSSF job.

Kamket who was first elected to Parliament in 2002 went on to have a brief stint in President Mwai Kibaki's Government as a cabinet minister during the 2008 crisis.

In 2013, he was re-elected for a third term as an MP an went on to serve as the chairman of the influential National Security Committee in Parliament.

In the run to the 2017 poll, he found the going tough and was nearly lynched by an angry mob over his alleged role in the murder of his key rival in the race for Tiaty MP seat. From there, he has never recovered.

He lost the seat to KANU's Kamket, a key ally of Moi.

With this troubles far from over, it remains to be seen if Kamama will bounce back in politics.