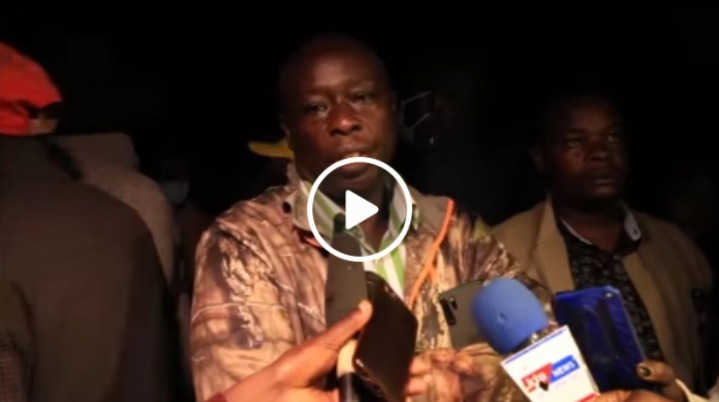 Yesterday night Mathira MP Rigathi Gachagua addressed press shortly over police brutality and extra-judicial killing has claimed many lives in the recent past.

The vocal member of Parliament while taking to his official Facebook page said police in Gatung'ang'a Police Post in Ruguru Ward yesterday shot a youthful man and inflicted serious injuries on him after he attempted to tell the police to stop assault his father.

Rigathi Gachagua said that the police stormed Gatung'ang'a Town at around 7 p.m and shut all the bussinesses before 10 p.m curfew time. 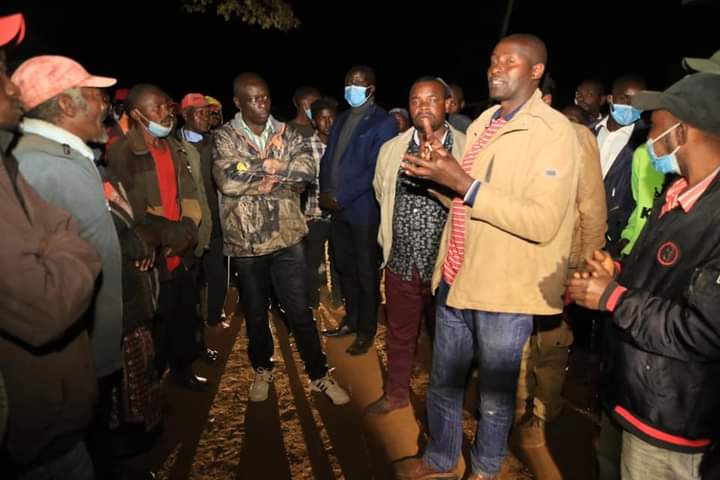 "They went on a violent spree beating up everybody on site who could not give them a bribe. A young man who protested the beating-up of his father attracted their wrath where they opened fire, shot him and left him for the dead," Rigathi Gachagua posted on his official Facebook page.

He was taken to Karatina District Hospital for emergency treatment while in serious condition.

"I was at the scene where I have listened to horrifying accounts of Police brutality, extortion and demands of sex from women," he added. The outspoken lawmaker has called for the arrest and prosecution of the rogue officers whom he accused of using force while enforcing curfew protocols.

"I am calling for the prosecution of the responsible officers on Monday and an overhaul of the entire personnel from the post. I am calling on our President to suspend the curfew that has no useful purpose other than being used by police to extort money from our people," Rigathi Gachagua said. 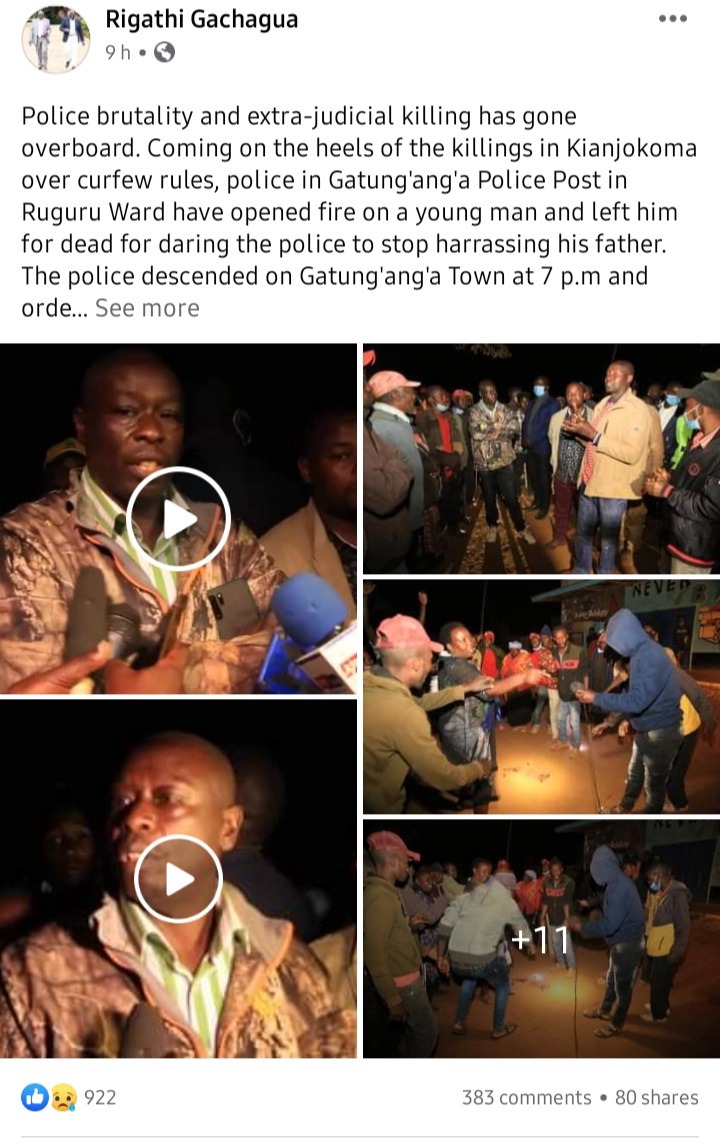