William Kabogo Delivers Bad News To Uhuru, Alleges What Mount Kenya Is Planning For Him After 2022 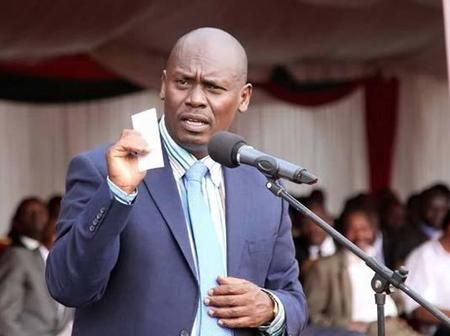 Recently, the former Kiambu governor, Hon. William Kabogo delivered bad news to Uhuru Kenyatta on his 'schemes' to stay in power after 2022. who claim he is too young to retire next year. He alleged that Uhuru Kenyatta should never say that he is too young to stay in power. Kabogo stated that Uhuru should plan to go home after 2022 and leave others to take the presidency. He said that President Uhuru Kenyatta should leave once his second time comes to an end in August next year and there is no any debate about it.

He claimed that if Uhuru has plans of coming back to rule or he has his people whom he wants them to take over the leadership then he should be told that their time is over and they must all prepare to go home. Kabogo spoke firm at a family function in Ruiru on Monday and said that it is not possible for Uhuru to rule again. He said that Uhuru must obey the Kenyan Constitution and know that a president who completes his two terms can't rule again for the third time.

Kabogo quoted one of the clauses in the Constitution and said that Article Article 142 (2) of the Constitution of Kenya 2010, clearly states that a person shall not hold office as president for more than two terms. He also poked holes on the coronation of Speaker Justin Muturi and said that he can't serve as the the Mount Kenya spokesman. He added that it was President Uhuru Kenyatta indirectly telling the Mount Kenya people that he wishes to lead again after the 2022 elections. 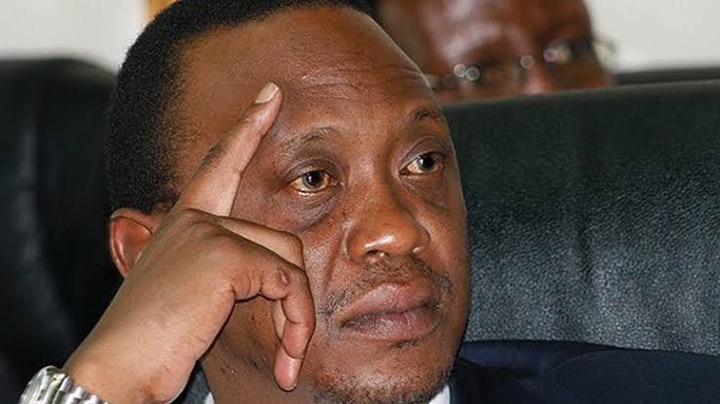 He claimed that Central Kenya can't accept him to lead again and let him carry his own cross. Hon. Kabogo alleged that he is confident that he is the best person to succeed Uhuru and not Muturi. Speaker Muturi was coronated last month in Muranga in a big ceremony that was attended by many Kikuyu elders. After the coronation Muturi claimed that he is ready to be installed as the Mount Kenya spokesperson.

However, some of the elders had nullifies his coronation and stated that he is not fit to rule them. Mwangi Wa Iria had earlier organized for a cleansing ceremony of the shrines where Muturi was coronated. Elders who took part in the cleansing event claimed that the prayers they conducted at the shrines have invalidated his coronation. Muturi was coronated last month at Mukurwe wa Nyagathanga shrine in Murang’a County, an event that was attended by hundreds of elders. 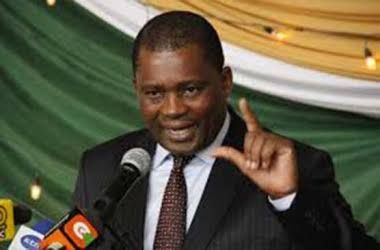 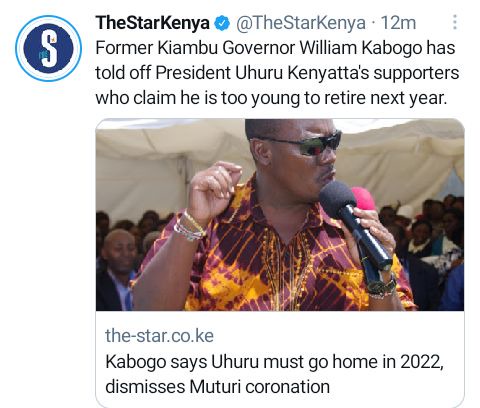