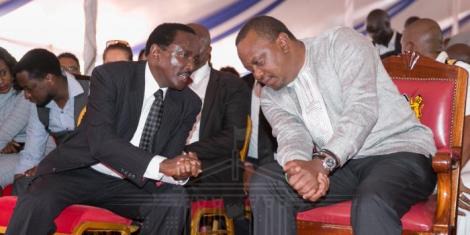 With pressure mounting on the Wiper party leader Kalonzo Musyoka to rejoin the Azimio La Umoja One Kenya Alliance, details have emerged that the former Vice President might have had a meeting with President Uhuru Kenyatta abroad.

Sources who hinted to KTN News on Monday evening claimed that Kalonzo might be back to the Azimio camp before the week ends, after 'successful' meeting with Uhuru who is the Azimio coalition's chairman.

Kalonzo jetted out of the country to London on Monday morning, and according to the source, he is expected back before Tuesday morning.

President Uhuru Kenyatta was in Geneva, Switzerland on Sunday where he attended the Seventy-fifth World Health Assembly, that was hosted by the World Health Organization (WHO), and it has been reported that the two met although details of their meeting are still scanty. 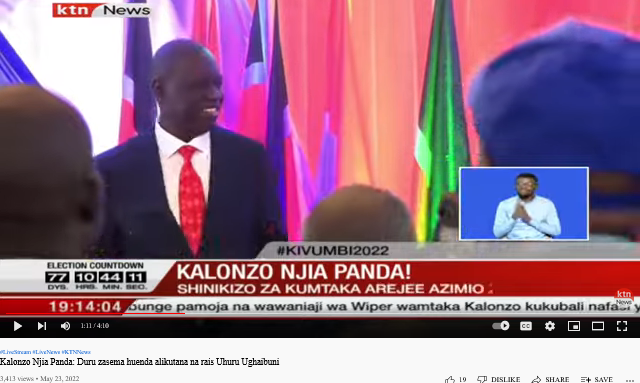 A section of leaders and aspirants from the Wiper party met at Athi River today, where they urged Kalonzo to reconsider further negotiations with the Azimio team, emphasizing on the coalition's disputes resolution committee.

Most of the aspirants cried over the funds they would have required to re-print their campaign posters, by removing Raila Odinga and the coalition's images, names and logos if Kalonzo maintained his decision to contest for the presidency in August.

Leaders within the Azimio Camp had said that the Chief Cabinet Secretary position Kalonzo was offered is 'still waiting for him,' although there was pressure to give the post to either Governor Kivutha Kibwana or his counterpart from Kitui Governor Charity Ngilu if Kalonzo decided to go straight to the ballot.

Kinuthia Kamau, Notorious Pedophile, Flown Out of The Country to Face Criminal Charges

kra Gives All Kenyans Exactly 24 hrs to Do This, Declares Ksh 2K Penalty To Those Who Will Decline