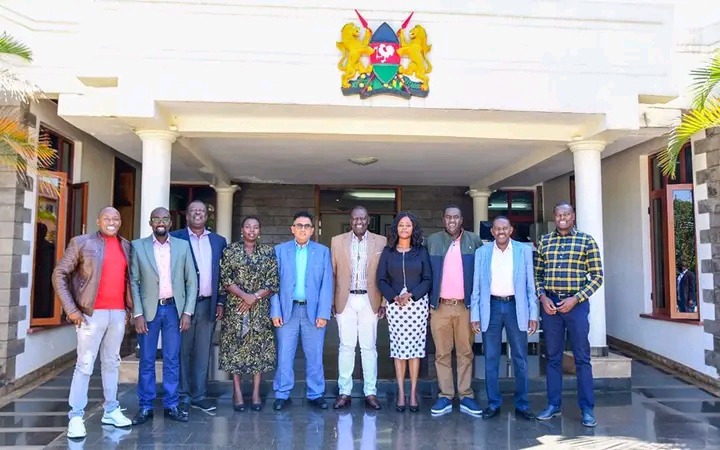 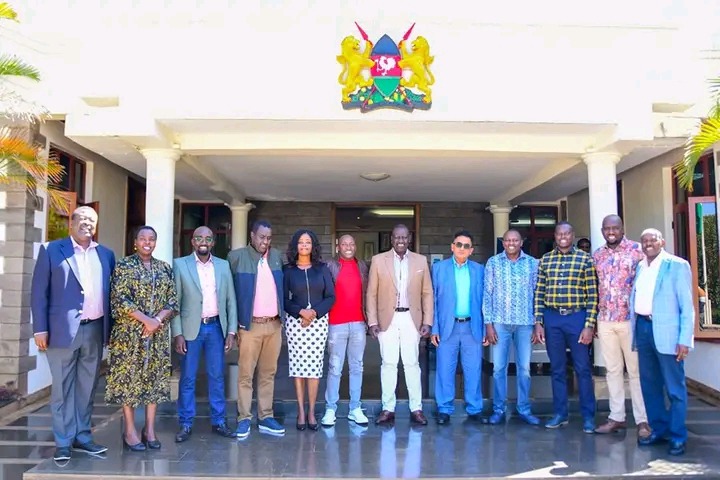 " Implementing the bottom-up agenda will require a bipartisan approach in legislation. It is because of this that we grateful to members of parliament elected on independent tickets to have committed to work with Kenya Kwanza" wrote president elect William Ruto on his official Facebook page. 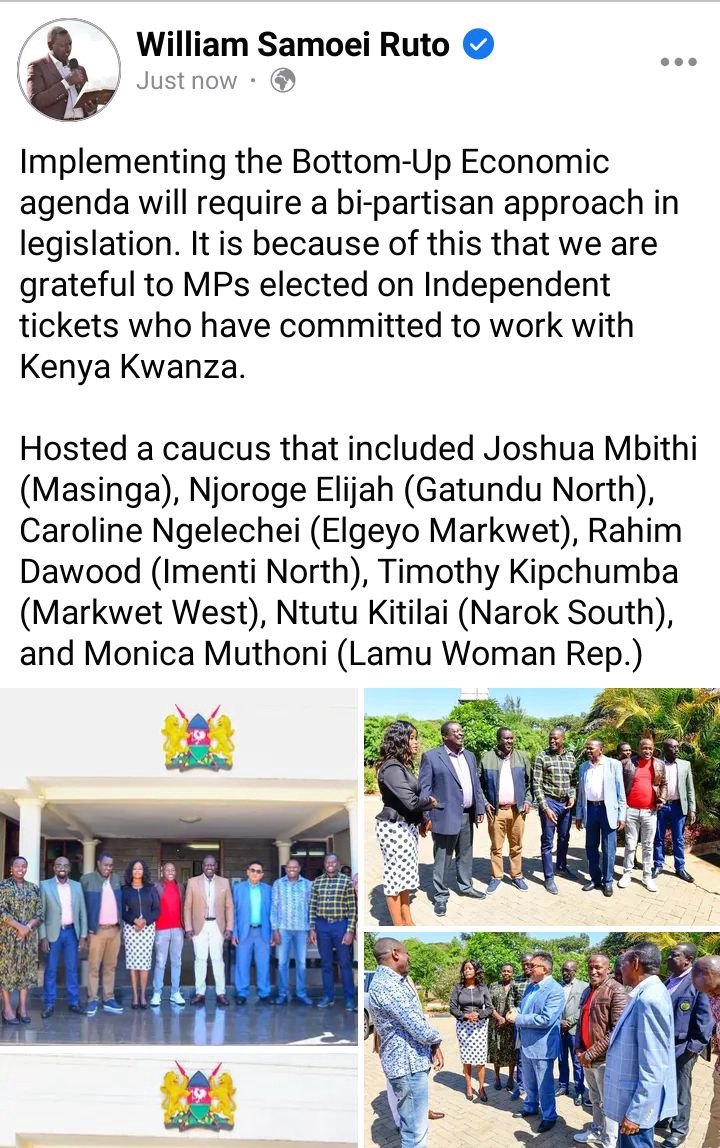