By JaLoka_News (self meida writer) | 9 days

Mathira constituency member of parliament and a close ally of Deputy President Dr. William Ruto, Hon. Rigathi Gachagua has caused a stir online after sending a strong message to leaders calling for the postponement of the 2022 general elections in a recent interview. 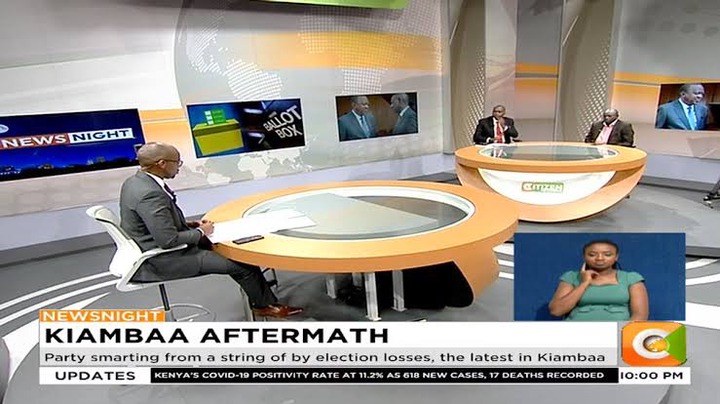 Speaking during an interview with Royal Media Servicesowned Citizen Television on Tueday night, Gathagua said that Kenyans were tired and fed up with the government of the day claiming the plan to postpone the 2022 poll was a scheme by the proponents of this BBI because they're stuck and that the political alliance the top leaders supporting the bill aimed to create was around the BBI, a deal which may not bear fruits as chances of the Bill being successful are few. 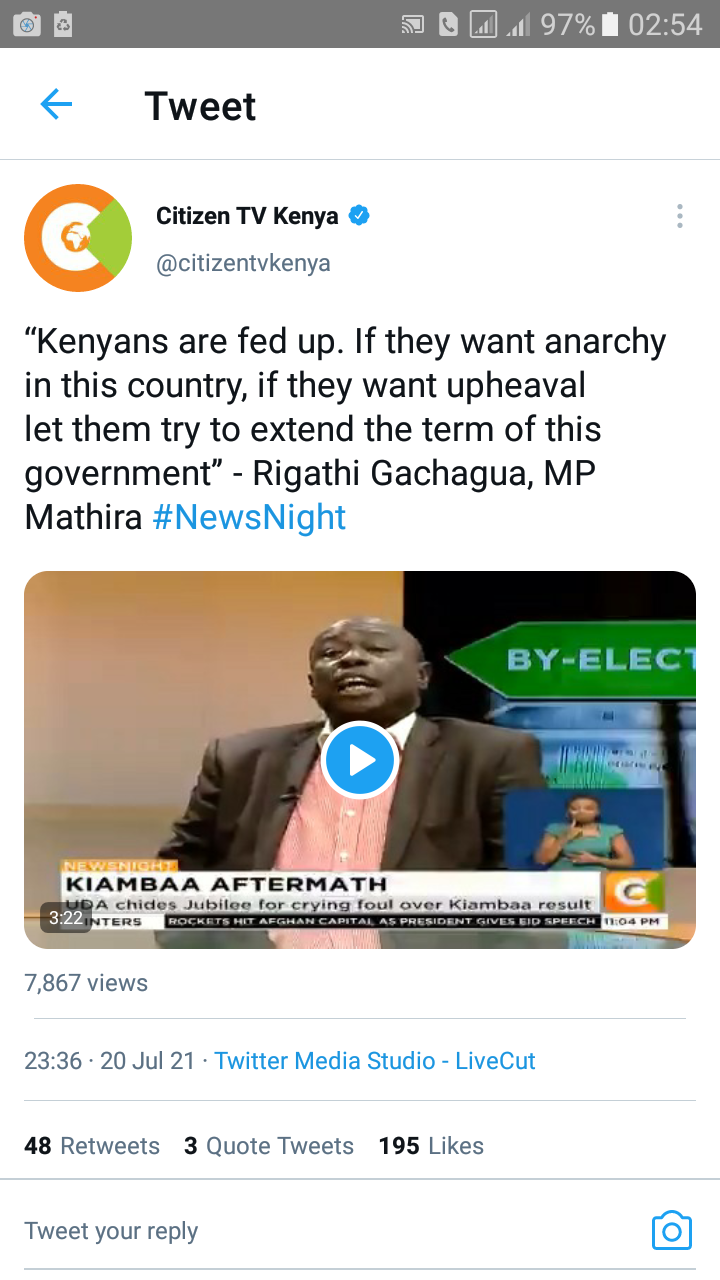 Remarks which have illicited mixed reactions from Netizens.

Below is the Link to the video of his speech.

Below are comments from Netizens on his Remarks.

"Tired of Executive AND Legislature still evaluating the Judiciary. Are some of these statements being monitored because anarchy, unrest, disobedience are statements that more often do more harm than good." A comment read.

"Yes!! Kenyans are tired of this government! Elections should and must take place at the stipulated period as stated by the constitution. No more, no less!" A comment read.

"WSR presidency is receipt for anarchy, lawlessness, benevolent dictatorship to say the least than anything else including extending President Uhuru term in office to another 2 years." A comment read. 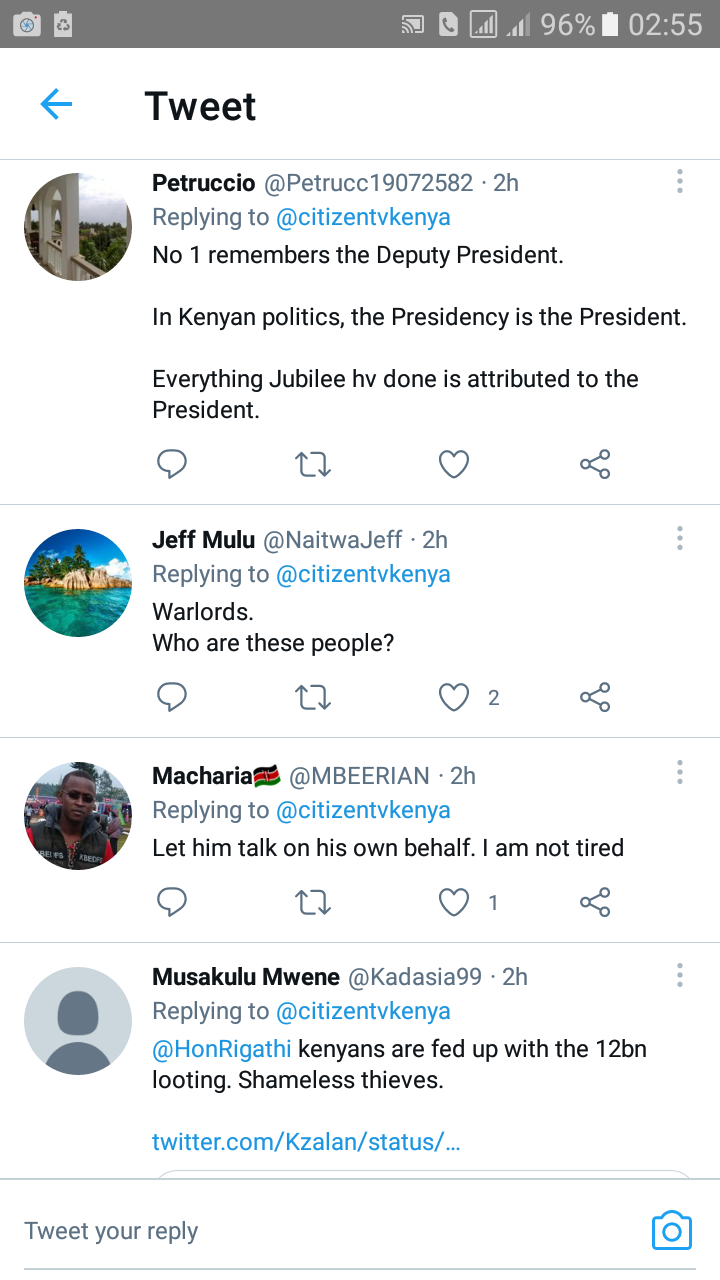 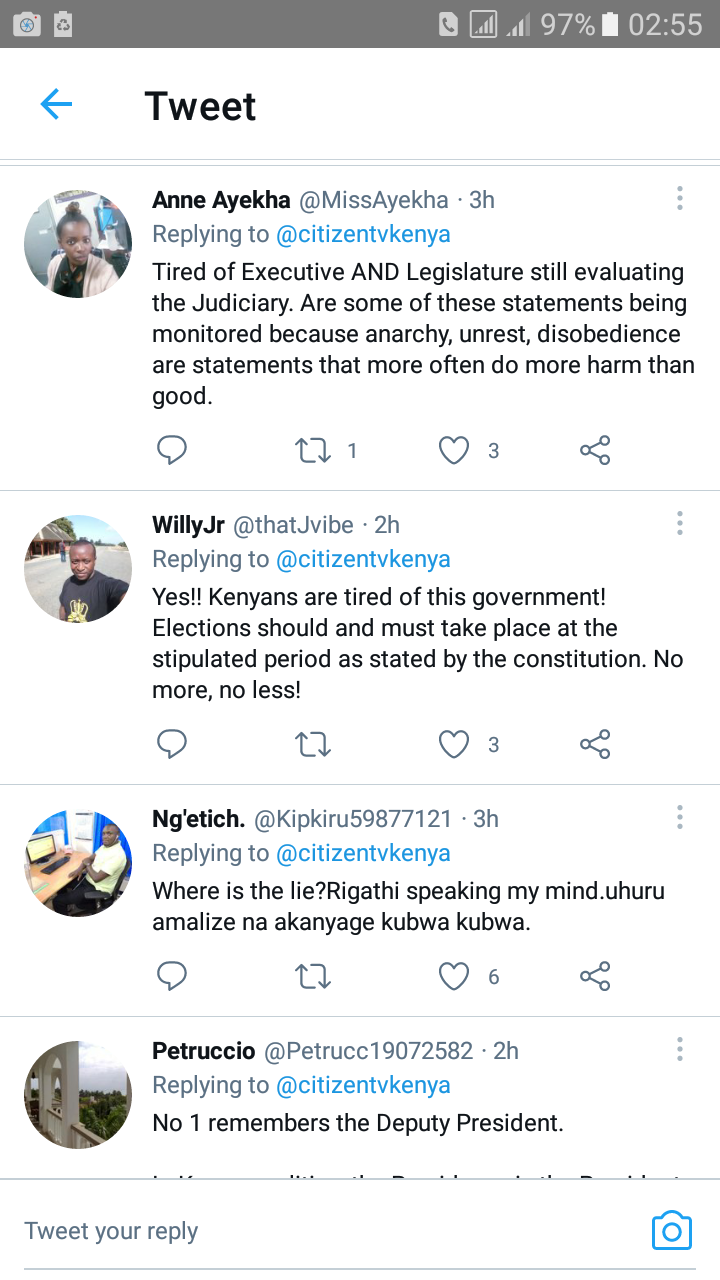 Content created and supplied by: JaLoka_News (via Opera News )

Thief Steals Phones in a Mosque at Night, Suddenly Falls Asleep Caught in the Morning