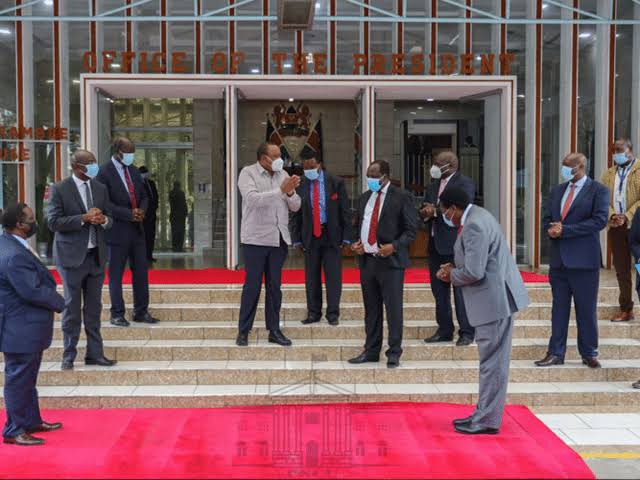 Speaking to Western Kenya MPs at state house, president Uhuru Kenyatta revealed that he was highly disappointed by the move by Mudavadi to join hands with his deputy William Ruto. The head of state revealed that he will not give up on Mudavadi and even Ford Kenya leader Moses Wetang'ula following his decision and that he will launch fresh attempts to woo Mudavadi, Wetang'ula back into the fold to ensure that they come back to Azimio la umoja. 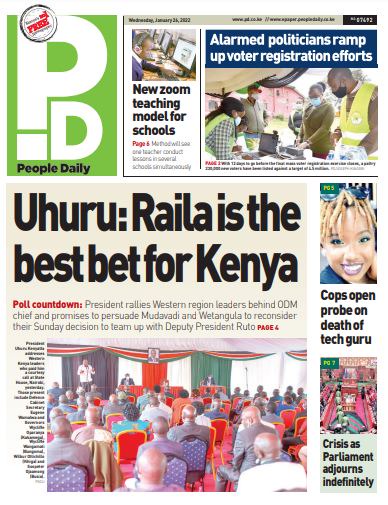 And now, United Democratic Alliance (UDA) party through its chairman Johnson Muthama has come out to break silence on the remarks by president Uhuru Kenyatta to not only choose Raila Odinga as his successor but also to decide to pursue Musalia Mudavadi afresh, despite him joining Ruto's camp.

Muthama stated categorically that the attempts by the president will not succeed as kenyans have rejected him many times before. He added that kenyans by now know that deputy president William Ruto is the best fit for the country. 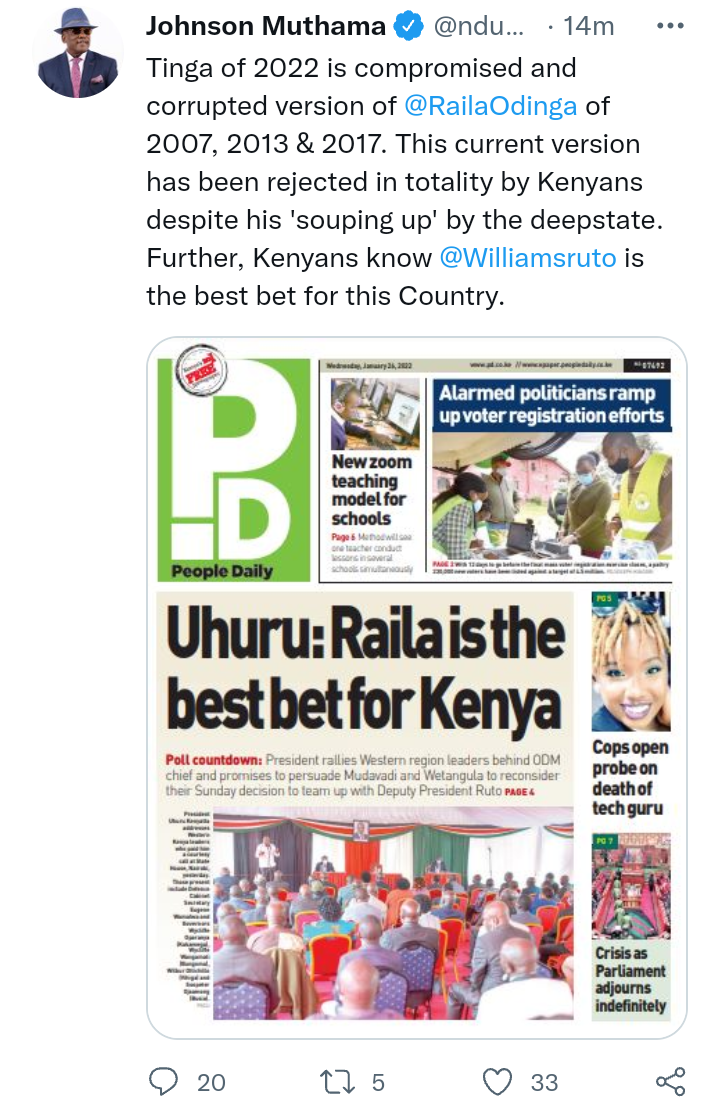 "Tinga of 2022 is compromised and corrupted version of Raila Odinga of 2007, 2013 and 2017. This current version has been rejected in totality by Kenyans despite his 'souping up' by the deep state. Further, Kenyans know William Ruto is the best bet for this country," he said.