By Summary (self media writer) | 25 days ago

For the first time in many years, Raila Odinga's tour of the Mt Kenya region saw a significant development after thousands of people welcomed him as he passed by in various towns in central. 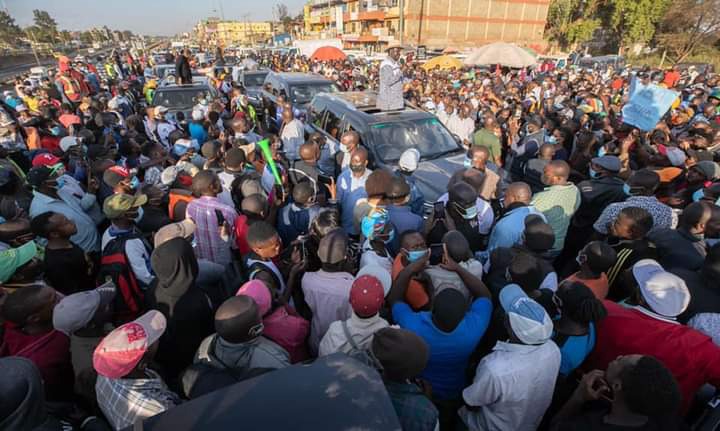 Pictures and videos of his rallies spoke volumes of his mastery of pulling out large crowds.

After being considered a hard sell for years, the ODM leader seemed to have broken the jinx on Monday after his rallies appeared to suggest that he was poised for a fresh start in his bid to run for the presidency in 2022.

While he has been seen campaigning alone in the central region, the ODM leader was on Monday accompanied by several leaders from the Mt Kenya region.

several Governors, we're also present in his tour that has received massive praises from several of his supporters.

While some argue he was heckled, the reception of the ODM leader was equally impressive given that it was not expected.