And This Is Why I Ditched UDA Party, Mt Kenya Politician Now Opens Up

Deputy President William Samoei Ruto is the party leader of UDA Party which is an affiliate in the giant Kenya Kwanza Alliance.The second in Command is the outfit's presidential flagbearer and is expected to tussle it out with other contenders in the forthcoming presidential contest. DP Ruto has received fanatical following Countrywide especially in his Rift Valley backyard and the vote-rich Mount Kenya region.Several leaders have since ditched President Uhuru Kenyatta's rulling Jubilee party to find fresh homage in Ruto's UDA Party and Kenya Kwanza Alliance in extension.However,some of Ruto's die-hards have since made about-turn to Jubilee or have gone independent way.

Jasper Muthomi aka MC Jessy is among the key Mt Kenya politicians who have since made an about-turn and ditched UDA Party.Muthomi who has since declared his intention to vie for Imenti South Parliamentary seat as an independent candidate, has now open up on what eventually prompted him to ditch the wheelbarrow party. 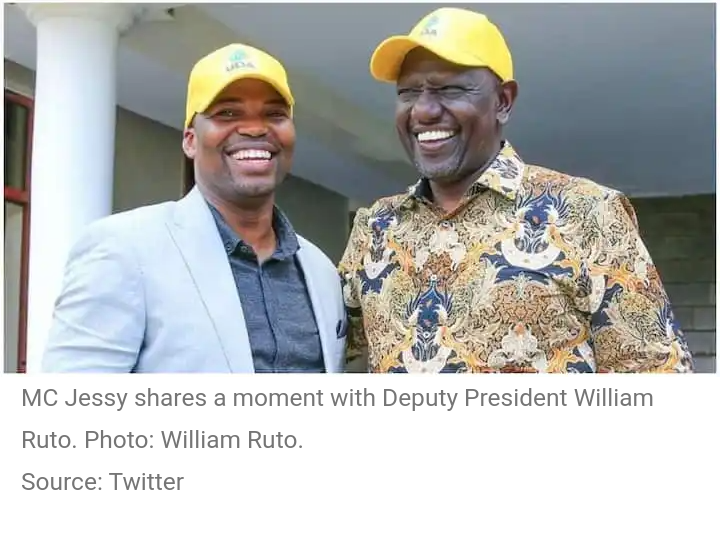 Jessy opined that he was not ready to drop his Parliamentary ambitions in favour of any other candidate but was surprised when the same request emerge during a meeting convened by William Samoei Ruto.

He clarrified that Ruto persuaded him to drop his ambitions despite being aware that he was indeed popular among the electorates of Imenti South constituency.The move seemingly angered him before he made the move of running as an independent candidate despite him still backing Ruto's presidential bid. 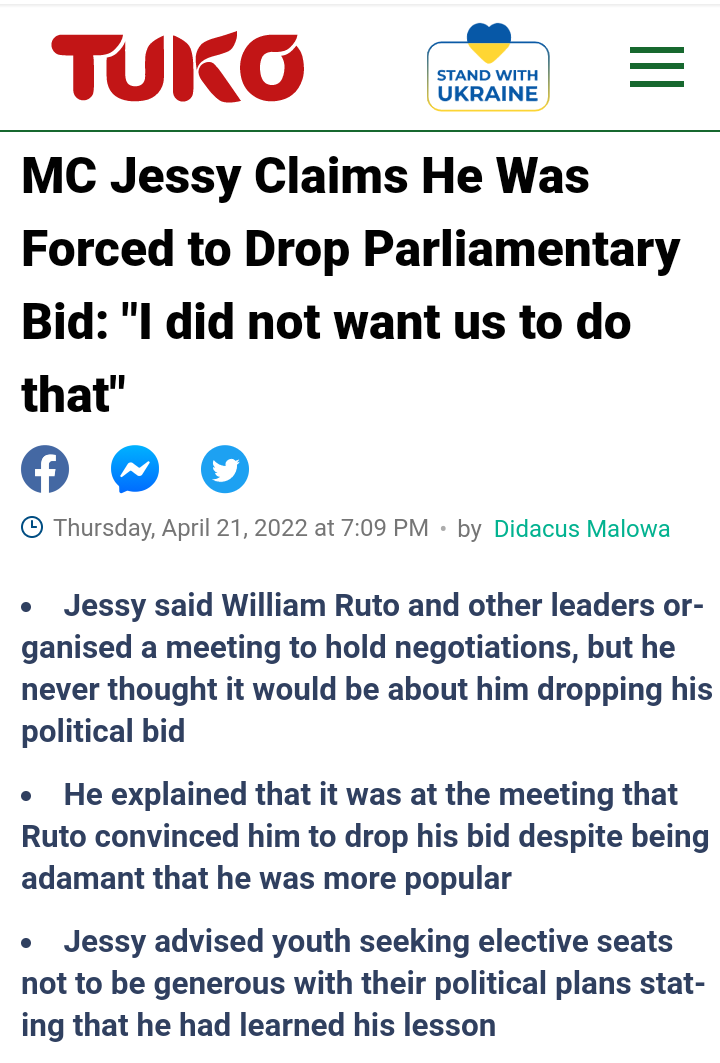