By Mazaf (self media writer) | 1 month ago 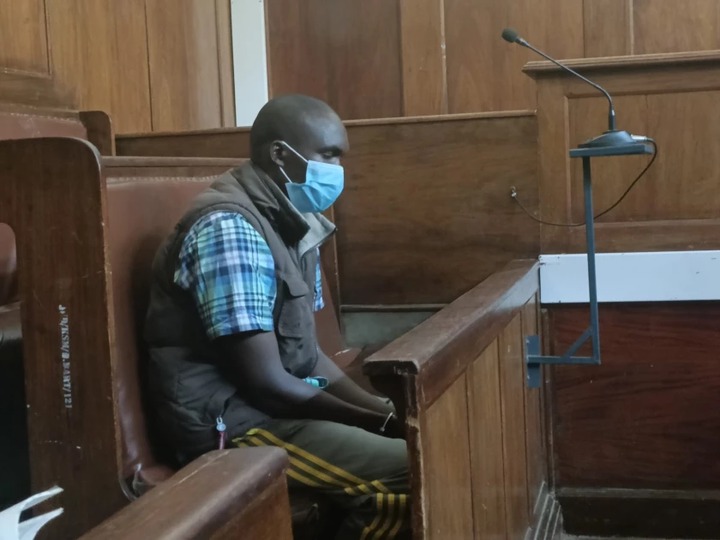 United democratic Alliance Aspirant in South Mugirango Constituency has today defended the police man who was arrested in kisii.

Osoro said the man was being victimized on behalf of some leaders. Stop victimizing a junior officer over mistakes committed by politicians, Osoro said. 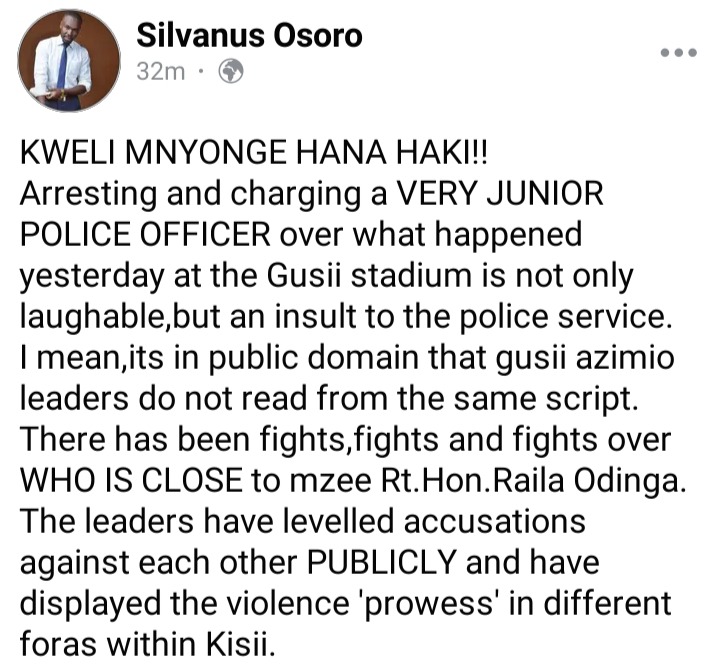 In his Facebook account, he says Makori was fixed after a series of events and trials to disrupt the meeting failed.

It's evident that chaos started in the morning as from 7am. The event of teargass was a script written and the endgame determined in advance.

Osoro said they won't allow officers to be used to cover the rest. Osoro said this was not the first time. In his home town the same occured.

He shifted the blame to Azimio leaders who are used to be fighting over who is next to Raila Odinga and can have influence. This is what led to the chaos According to Osoro.

He vowed to represent the officer in court even after gusii lawyers said they won't represent him.