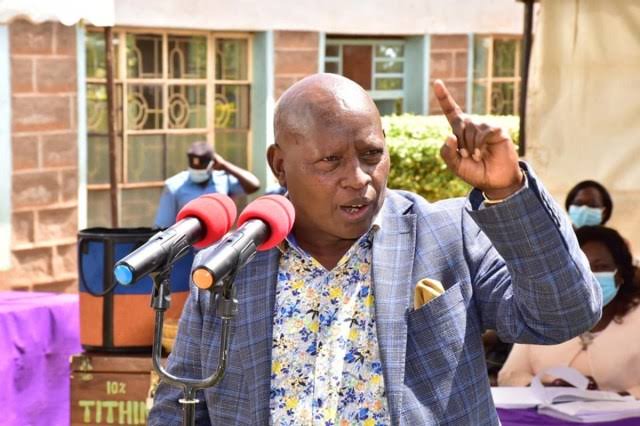 In an attempt to mend fences with the Kikuyu community, Raila organised a Luo-Kikuyu festival in Nyeri where the Luo council of elders met with their Kikuyu counterparts.

Within no time, the event turned into a political rally with politicians from the region who are Uhuru allies putting their weight behind Raila as their preferred presidential candidate in 2022. They heaped praises on the ODM leader reminiscing the good old days when he campaigned for one of their own.

However, the Nyeri governor Mutahi Kahiga could take none of it. He seemingly lectured Raila telling him that he should stop reminding the Kikuyu community about history and how he helped them at their hour of need in an attempt to get votes from them. Instead, the governor outrightly told Raila to tell the community his manifesto and realistic plans for the region.

In an interview with k24tv on Sunday evening, Mutahi clarified why he had a harsh tone for the ODM leader. He noted that his was not a lecture but a message from the people of Mt Kenya to presidential candidates.

"Where Raila Odinga is concerned, I was not lecturing him and I have no mandate. All I was doing was giving the expectations of the people of Nyeri. We were just opening up on matters that would interest the people of Nyeri." he said in a quote on k24's Twitter handle.

Kahiga added that he was against is the packaging of the ODM leader historically by a section of politicians.

"The two days we have spent with Raila has have been an eye-opener for the people of Nyeri. They have realized who he is in a better way. But there hose who wish to package him historically and it is not a good place to dwell in," he added.

Governor Mutahi Kahiga forms a part of Mt Kenya politicians who have chosen to sit on the fence when it comes to choosing between Raila and Ruto. In the whole interview, he did not disclose who he supports in the 2022 race whereas it's only eight months to the election.