Even with Ruto’s Energetic Campaign, Odinga's Presidency is Becoming a Possibility - Kabando 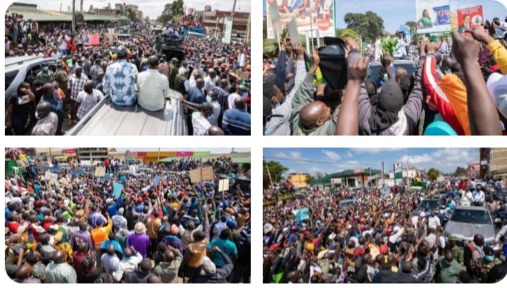 This comes months after the former legislator after he affirmed Kenya’s Dp William Samoe Ruto’s hustler narrative resonates well on the ground with the common voter.

Kabando Wa Kabando, who is never afraid of speaking his mind acknowledged the efforts being made by Kenya’s Dp Ruto as he prepares for the 2022 State House race.

However, he was keen to note that the former Prime Minister would easily beat other presidential aspirants.

"I was privileged to meet and consult William Ruto, Mukhisa Kituyi, Reuben Kigame, and Raila Odinga. One day in politics is eternity,"

"Even with William Ruto’s energetic campaign, a Raila Odinga presidency is increasingly becoming a possibility,"