By Kunee (self media writer) | 4 months ago 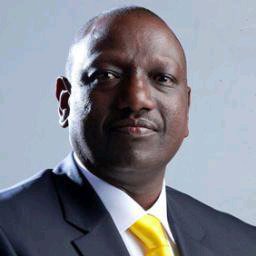 After the general election, in which Kenyan voters are anticipated to choose his successor, Uhuru Kenyatta is anticipated to formally step down from the presidency on August 9 of this year. President Uhuru Kenyatta's successor is being considered by Raila Odinga, William Ruto, Jimmy Wanjigi, Ekuru Aukot, and Ruben Kigame among others.

The leader of the Wiper Democratic Movement, Hon. Stephen Kalonzo Musyoka, responded to Ruto's speech from yesterday's opening session of the 13th Parliament today. Ruto claimed to be in the opposition since 2017, when Raila Odinga, its leader, switched from being a candidate for the government to becoming its presidential candidate. However, following the election, the opposition candidate was elected president and the current president was elevated to the position of opposition leader.

In a statement released today, Kalonzo Musyoka slammed the current president, Dr. William Samoei Ruto, saying he should honor the late president Uhuru Muigai Kenyatta because he peacefully transferred power to him.

"If I were President Ruto, I would tell him to exercise some respect for the gentleman who has legally transferred power. Congratulations are due to Uhuru Kenyatta for a smooth transfer of power." Musyoka, Kalonzo

Content created and supplied by: Kunee (via Opera News )