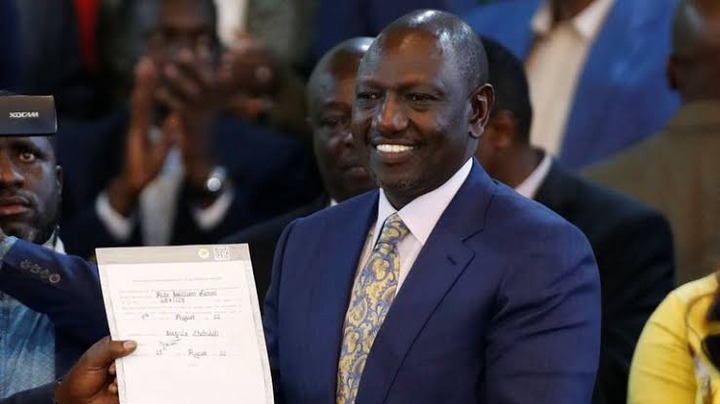 Immediately the President elect is sworn in what follows is the formation of government that includes cabinet formation and appointment of other key government and statehouse officials.

As it is in Kenya and all over the world, the president elect considers political leaders that were key in delivering 'the win' when making key cabinet/government appointments. Additionally, the president elect William Ruto promised some of his key allies state jobs in a move to quell wrangles within UDA during party primaries.

Below is an opinion list of individuals likely to be considered by Ruto not only in his cabinet but other key appointments.

1. Musalia Mudavadi - Has a pre - election agreement with Ruto, a coalition partner.

3. Mike Sonko - in the last days to the election, Sonko shared his agreement with Ruto revealing various seats he was promised.

4. Kithure Kindiki - having battled for the running mate position, Ruto while speaking in Kindiki's home county promised to consider him ( Kindiki) in other national positions.

5. David Ndii - a key individual in Ruto's bottom up economic team. Should the bottom up system be implemented, Ndii should be involved.

6. Aisha Jumwa - suffered a loss in Kilifi County gubernatorial race as a result of her decision to stand with Ruto in a region believed to be Raila's backyard.

The list is continuous and may mostly include choices to be made by Mudavadi, Wetangula and other KKA allies who lost in the elections.