Ford Kenya party leader Moses Wetangula, has opened up on whose offer between Raila's Azimio La Umoja and Ruto's UDA he would take as the county heads to the general elections. 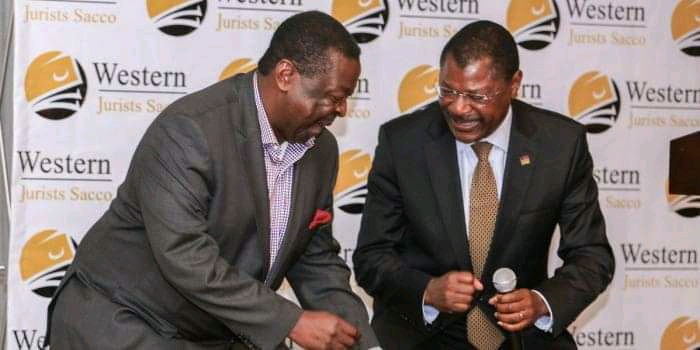 In an exclusive interview with a local publication, the Bungoma senator who appears strongly hurt by the Orange Democratic Movement party leader Raila Odinga, expressed fears of walking into the same path that led to his betrayal, he stated that even his close associates would not allow him to associate with that camp.

In a recent Interview with the same publication, Wetangula stated that as a man he would wish to work with Raila again however, his spirit is weak to reach into such decision.

His remarks indicate he would rather team up with Ruto rather than Raila Odinga whom he has severally accused of betraying him especially during their time in the NASA Coalition. 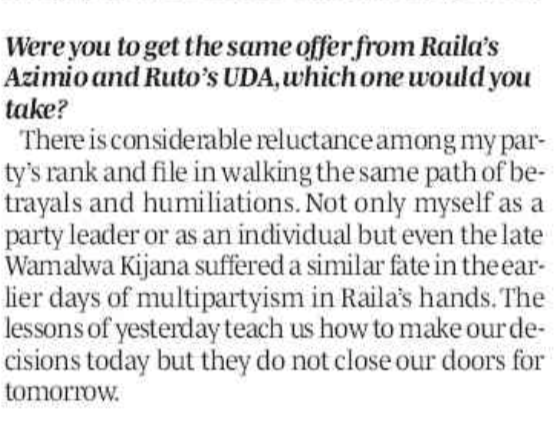