By ElvanisRonoh (self media writer) | 4 months ago 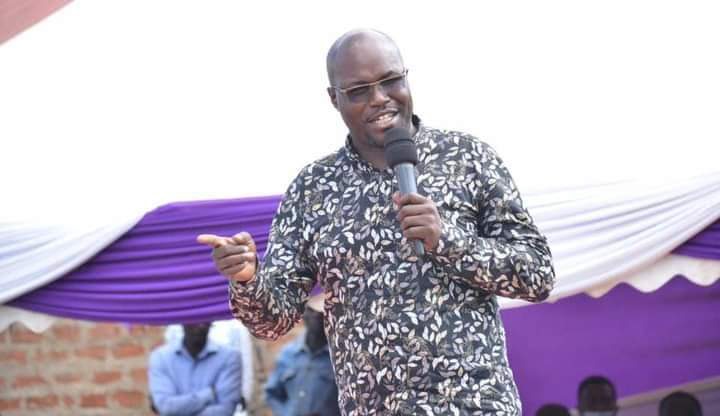 Through his official Facebook page Ngeno said the party is too small for him.

"I don't need DP Ruto's support to uproot CCM party in South Rift.CCM is too small for me," said the Emurwa Dikir MP.

Ngeno is a big supporter of the deputy president William Samoei Ruto who has declared his interest for the presidency come 2022.

He is also a big critique of president Uhuru Kenyatta's administration. 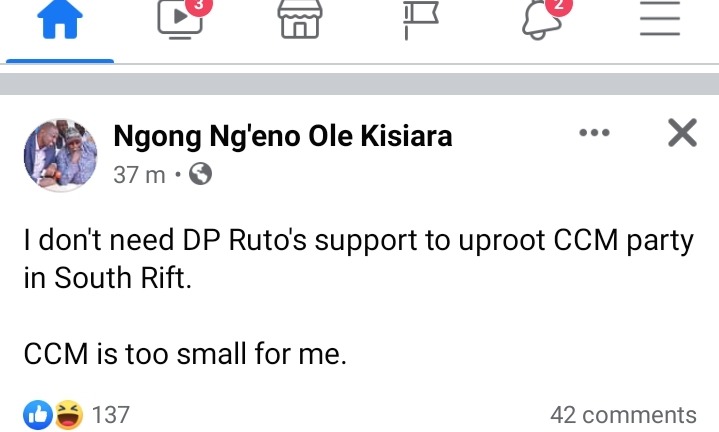 Korir victor says "Rift valley a 'bedroom' for WSR! there should be no other standing party other than UDA! This time no jokes please! It is ours,"

Juddy Misik wrote "This are small mistakes,it should be solved amicably,"

John Koech "Bomet is a UDA zone no need even to stress yourself. It is only WSR to recognise hustlers at BMT.Ruto is our king pin and South Rift sings it's song!,"

Langat Philemon wrote "If this is true account of ngong then he should style up and respect IR , he is not your league please, fight for your county and leave BMT alone,"