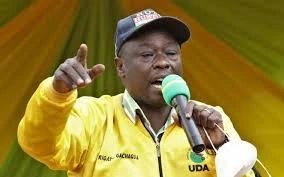 The Kenya Kwanza alliance running mate and Mathira member of parliament, Rigathi Gachagwa, has replied to charges that he was the district officer in charge of Molo during the 1992 Clashes.

Speaking to Saturday Nation, the representative dismissed the charges as media fabrications and the work of a few instigators.

According to him, he never appeared before the truth, justice, and reconciliation commission (TJRC) report, and he has never been accused of being overbearing.

"I have never served in Nakuru, let alone Molo. This tale has been fabricated by those who wish to agitate residents of Mount Kenya against me." He said.

According to him, the stations for which he worked are in the public domain and include Kirinyaga, Kiambu, Garisa, Kakamega, Laikipia, and Turkana.

He advised the media to verify some material before releasing it to the public, stating that every government institution maintains records on former employees.

He then listed his accomplishments as a DO in specific locations, such as Limuru, where he helped restore peace, and Kiambaa, where he oversaw the delineation of ranches."

I am really pleased with my record as a DO. I have never been mentioned in an investigation report. This is nothing but propaganda." he said.

A few days prior, Nakuru governor Lee Kinyanjui requested that he apologize to the survivors of the Molo Clashes.

"Throughout the tour, numerous recommendations have been made by the public. Your thoughtful attention is much appreciated. The first is a "public apology" to the people of Molo for his commissions and omissions as the feared DO, said Kinyanjui on Tuesday. What

do you think about this? Please feel free to share your thoughts and opinions regarding this on our comments platform. 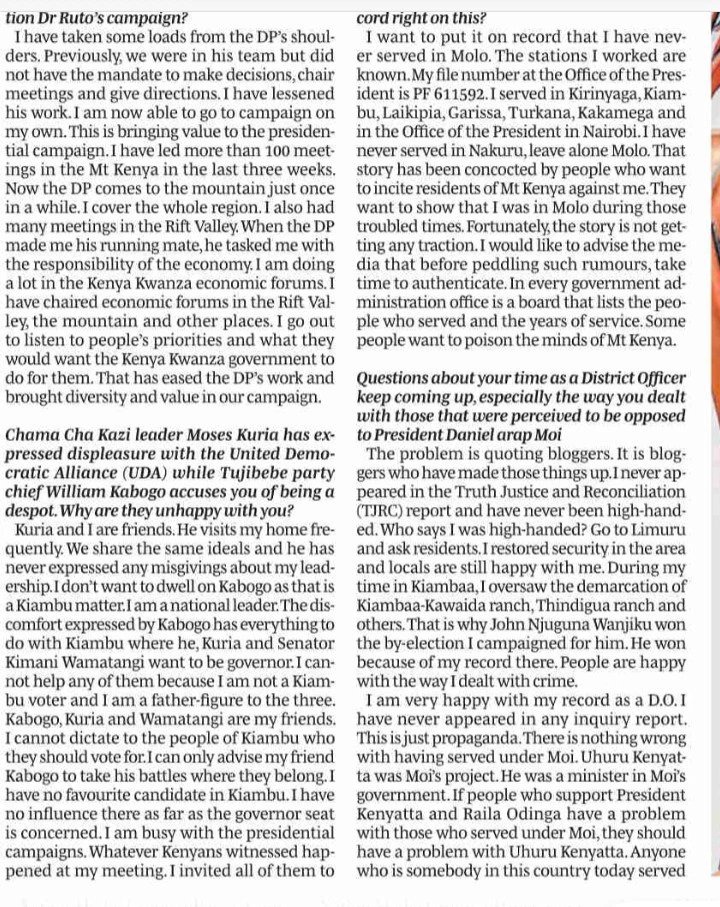 William Ruto Promises That His Government Will Award Ksh. 3,000 To Any Kenyan Who Will Do This

Rachel Ruto Reveals What Flashed Back in Her Mind After She Sat in Parliament, Gets Emotional