By Kiptoocomplicate (self media writer) | 1 year ago

Former senator Kennedy Mongare on Sunday made an appeal on his view on 2022 general election being moved to 2024. The National Liberal party leader said the decision was very Paramount since the current environment might not be fit for an election.

Among the things he cited to be the hinders of an election being held are, The current effects of covid_19, Lack of the much needed reforms in the Independent Electoral and Boundaries Commission (IEBC). This is since the electoral body had an disputed results on the last general election. It currently has only 3 commissioners in place after the resignation of the other commissioners. 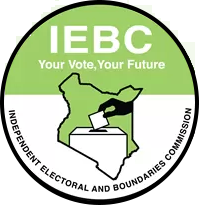 The former lawmakers also said the postponement was good since it would give president Kenyatta more time to fight Corruption.

While aknowledging the efforts and strategies put in place by the president,Mongare said that the implementation stage needed more time,thus the president should be given more time by extending the general election. Given this would be a constitutional change on presidential and legislators term,it should be changed through a refurendum. This might therefore not be successful.

Mr Mongare also thanked the Handshake by the president and the former prime minister since it has seen a more peaceful and unified country. He said this sentiments while addressing a local dailies on Sunday at Nairobi.

Meanwhile give us your comments according to what you think on postponing the 2022 general elections to 2024.

Content created and supplied by: Kiptoocomplicate (via Opera News )