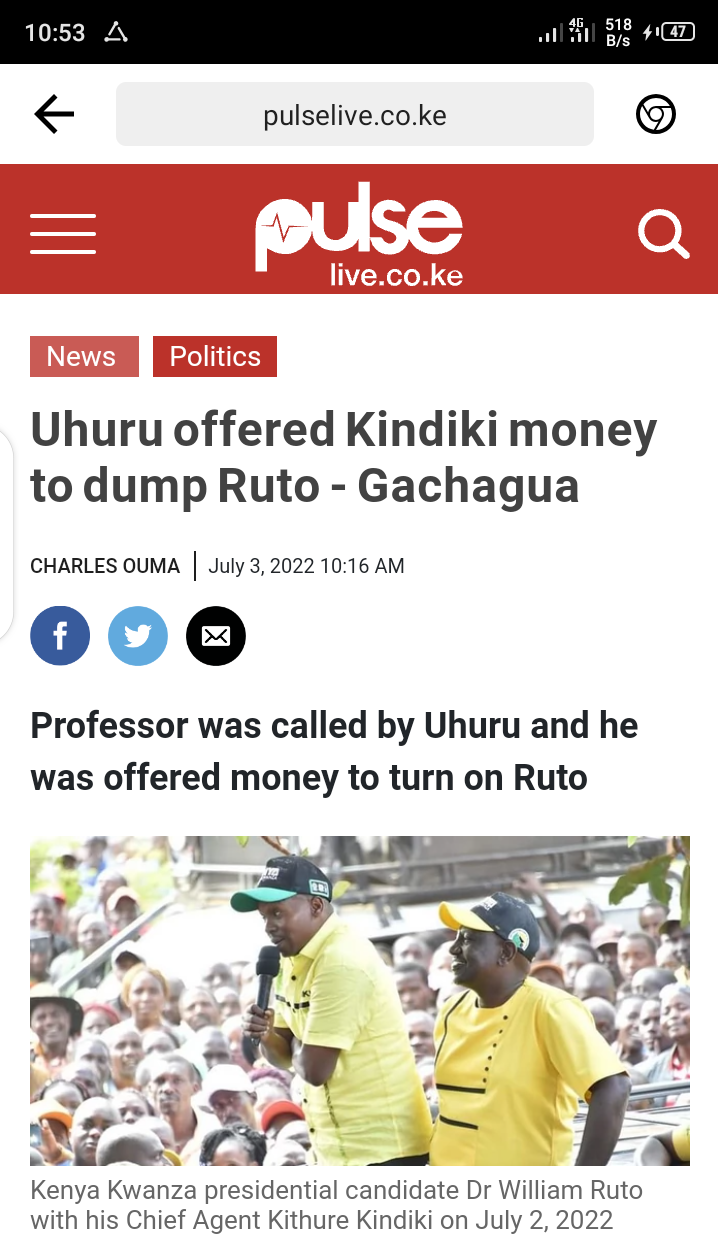 Rigathi Gachagua, the running partner of Deputy President William Ruto, has alledged that President Uhuru Kenyatta tried to bribe Kithure Kindiki into abandoning Ruto and his Kenya Kwanza group and siding with the opposition Azimio group.

At a political gathering on June 2 in Tharaka Nithi, Gachagua presented the allegations and congratulated the congressman for refusing the sizable bribe.

Gachagua claims that the Kwanza Kenyan leaders were persuaded to have Prof. Kindiki preside over the elections after they decided to reject the head of state's bribe.

Gachagua asserted the following without offering any proof: "Uhuru Kenyatta called this professor (Kindiki), who was offered money to turn against DP Ruto but declined. We made the decision that an impartial observer would be in charge of this election."

Explaining their friendship and how Ruto decided to choose Gachagua to be his deputy in the August elections rather than Kindiki, who was supported by the majority of UDA MPs, governors, and senators, Gachagua said that they have a close friendship.

The Mathira politician declared that, if it were possible, he would split the running mate position with Kindiki. 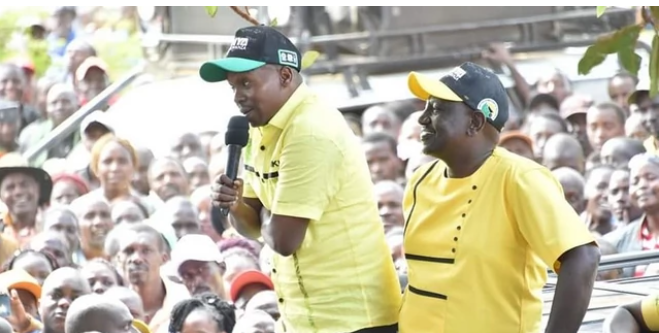 Provisional Presidential Results: Raila Leading With 49.97% While Ruto Trails Him With 49.41%.

We No Longer Trust the IEBC, we Shall Announce Our Results from HNIB Tallying Center

UDA Top Leaders Who Are Already Arrived In Bomas Of Kenya