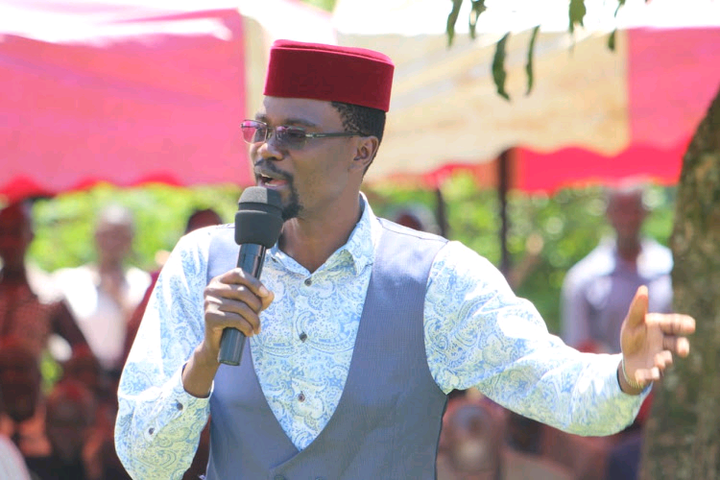 Didmus said he would be among other Mulembe leaders who will be representing the UDA party during the funeral of the county's nominee for governor, Jonathan Bii, on Friday in Uasin Gishu.

He did, however, remind Raila Odinga that his presence near Bomas on Friday would not be welcomed, as ANC leader Musalia Mudavadi had previously stated.

Didmus said he would be kept at the gate and would be tasked with inspecting the arriving vehicles to ensure that the ODM boss was not among the expected guests. " Even Musalia Mudavadi has changed and not the ordinary Musalia we knew in the past. . . Musalia on Sunday will be at the NDC' s National Delegates Conference and I can quote what he said, Raila is not even welcome to appear inside. 2 km from Bomas. . . I want to assure you that as a child of Mulembe on Sunday I will be Bomas of Kenya looking after every vehicle to ensure that Raila does not come for the meeting " said Didmus.

He went on to reveal that Ruto and Musalia could be in deep talks about forming a coalition before 2022.

According to Didmus, the Musalia ANC and UDA have the same values and have no reason not to work together in the August 9 elections.

" We as UDA and the ANC are one and the same values, we believe in one faith and another faith in the forces of darkness. UDA and the ANC believe in the protection of national resources and the other camp believes in one end, " he said.

This comes at a time when Ruto has been linked with Musalia who is reportedly planning to launch a new coalition on Sunday. This is after the ANC disagreed with OKA leaders who appeared to endorse Kalonzo as the coalition' s leader.

12 weird but true facts about technology

MUTD unscripted: The power of courage

I Will Not Compensate Him It was Just A Meme, Bein Baraza Tells Litiema